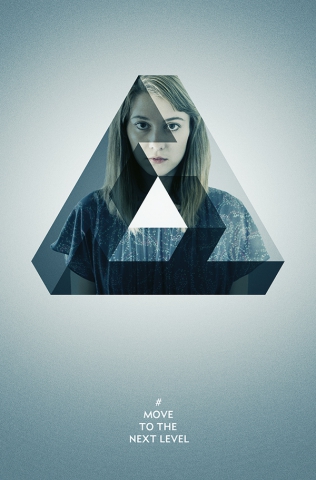 You might have heard the buzz surrounding Riley Stearns’ Faults as it toured festivals like SXSW and FrightFest last year. Now, the compelling drama has finally arrived in the UK with a VOD release, and we strongly recommend that you hunt it down. We’d recommend knowing as little about it as possible, but we’ll open by saying that it’s funny, it’s puzzling, and it’s utterly beguiling.

Leland Orser (Taken, The Guest) plays Ansel Roth, a man who deprograms cult victims. Once a celebrity, he’s fallen on hard times, and is in dire need of cash. After a catastrophic speaking engagement, he’s approached by the parents (Beth Grant and Chris Ellis) of a young woman who needs his help. Ansel agrees to take on the case, and before long he has Claire (Mary Elizabeth Winstead) in a hotel room and the process has begun. But just who is in control here?

Faults opens with a man at the end of his rope. The violence and humiliation that Ansel is subjected to is almost Coen brothers-esque, as he’s thrown out of a hotel restaurant for using an expired coupon, assaulted by the brother of a girl he failed to save (an excellent cameo from AJ Bowen), and even finds his sign lying on the floor of the hotel lobby. This is not a man who seems to be in a position to save anyone.

So when Claire arrives, confident and increasingly serene, it’s clear that the balance of power is uncertain. Much of the film functions as a two-hander between the man who should be on his home turf and the woman who seems to know a lot more than she is letting on. The performances from Orser and Winstead are absolutely superb. The former makes the most of a rare lead, showing the fragility and wounded pride behind the former celebrity’s desperate huckstering, but it’s Winstead’s excellent, seamlessly shifting turn that gives Faults so much of its mystery and power.

It’s not just the power dynamic that’s shifting in this hotel room. As Claire’s parents behaviour becomes increasingly erratic and the pressure on Ansel begins to mount, reality starts to blur. Stearns shows great skill and confidence, keeping a tight grip on the narrative and slowly drawing the viewer into this uncertain world. Even as it becomes increasingly bizarre and unsettling, the film is packed with keenly observed character details that root it in reality, and a wicked sense of humour.

A powerful blend of dark comedy, sensitive character study and something altogether unusual, Faults is an excellent feature debut.

Faults is available now on iTunes, Amazon instant Video, Blinkbox, Filmflex/Virgin, Wuaki, Googleplay, Sky and Sony. Keep up with the latest genre news with the new issue of SciFiNow.