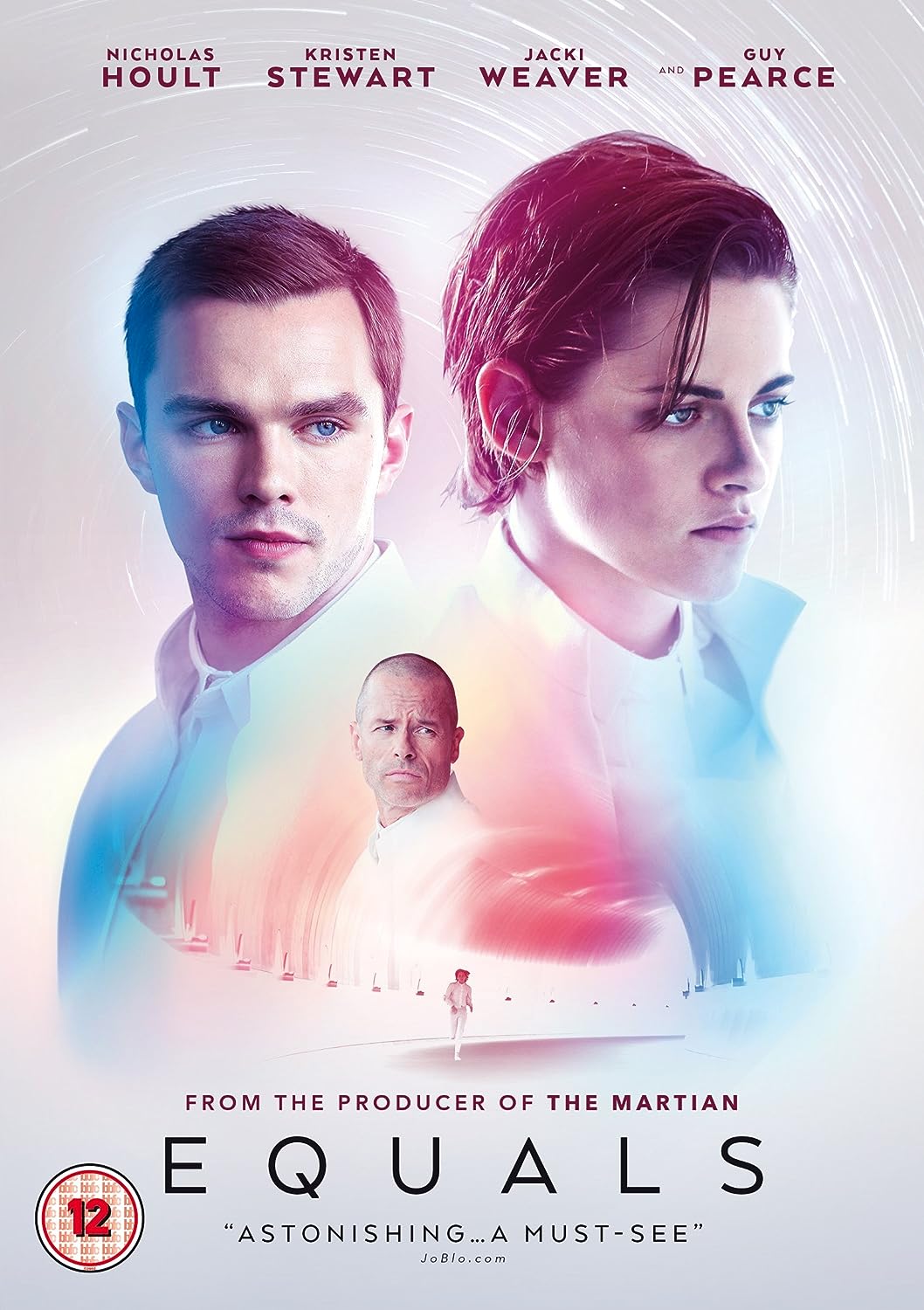 In a future not too far from now, humans don’t feel. Human emotions and most illnesses have been eradicated, and the sole purpose of mankind is to eat, sleep and work. Some people work as janitors and cooks, others work as researchers and scientists, but – as the title suggests – everyone is equal, and civil society works just fine.

However, when a new disease known as ‘Switched On Syndrome’ emerges, people start to panic (or as much as they can without exhibiting human emotions), as symptoms range from the ability to experience basic feelings to depression and suicide.

When an illustrator named Silas (Nicolas Hoult) contracts Switched On Syndrome he expects to have to go through it alone, until he meets Nia (Kristen Stewart), a woman he works with who has secretly been dealing with the condition herself. As you’d expect, the two fall desperately in love, even though it’s forbidden, and find themselves doing all they can to stay together.

Equals likes to blur the line between utopia and dystopia. The world in which Silas and Nia live is pristine, stylish and perfect. Or it would be perfect if it wasn’t for the fact that human contact and feelings are basically illegal. On the surface, the world is presented as something to aspire to, reminiscent of Star Trek’s Yorktown. But the particular circumstances – the lack of feeling – singlehandedly turns it into something we need to avoid. It’s quite unlike what we’re used to in dystopian fiction.

That being said, the clean, crisp edges and blank spaces that make up the film are pleasing to look at, but they also leave something to be desired. The minimalism weirdly makes it feel like something is missing, but it’s hard to say what. The film simultaneously feels quite slow and very short, even though it’s a solid 101 minutes.

The excellent cast keep you hanging on though. Hoult and Stewart are a great team, both succeeding at exhibiting full emotion and seeming completely blank. Likewise, a brief but great performance from the always brilliant Guy Pierce as Jonas, a kind, friendly man also suffering from Switched On Syndrome but further into it than Nia or Silas, adds some much-needed humanity to the film.