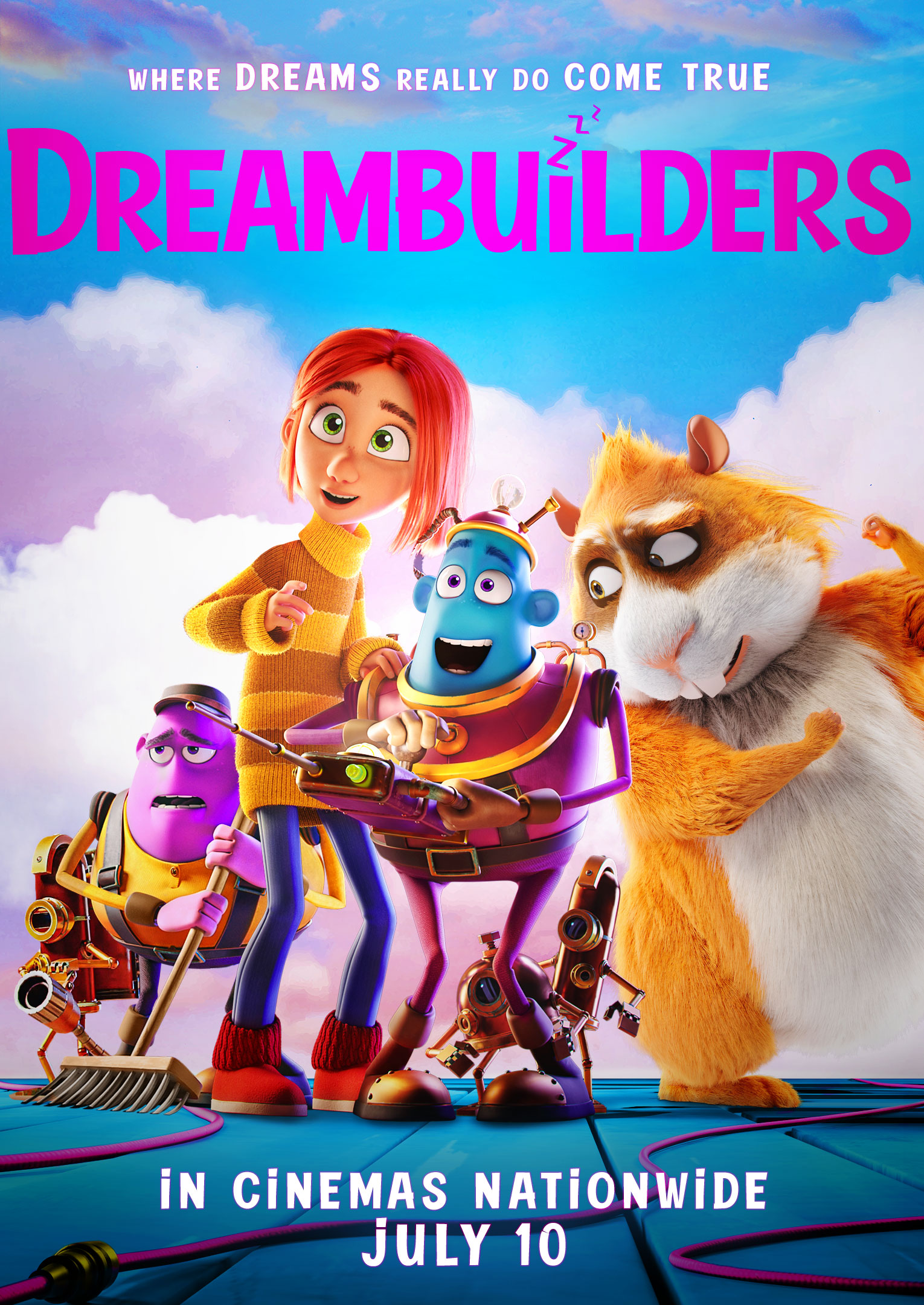 Inspired by Pixar’s Inside Out and Monsters, Inc, Dreambuilders follows the journey of Minna. Living with her father and pet hamster – bizarrely named Viggo Mortensen, (we’ll assume that’s down to his Danish heritage, not that they felt inspired after watching A History of Violence), Minna is struggling to come to terms with the idea of welcoming her father’s new fiancée and challenging, Instagram-addicted stepsister into their home.

Whilst trying to escape her troubled reality in her dreams, Minna breaks down a wall and realises that her dreams are all staged and played out by its inhabitants. After guilt-tripping her own Dreambuilder, Gaff, he reluctantly agrees to help Minna in manipulating her stepsister’s dreams to teach her a lesson in humility.

Dreambuilders‘ strengths lie within its gorgeous animation, soundtrack and creative ways of bringing its wonderfully realised staged dream world to life (although some more time spent here within the short 81-minute run time would have been welcome).

There are some intriguing themes covered in this story, such as how children from a broken home can struggle, and how unsettling social media can be at a tender age. Sadly, exploring these themes never feels fully delivered, given the supporting characters are relatively one dimensional and underserved.

The movie’s biggest downfall is the dubious dubbing from Danish to English. The dialogue between the characters feels so out of sync and uneven that it makes it hard to connect with them and the story.

Although it might not live up to the lofty heights of Pixar’s finest or offer anything substantial for its older viewers, Dreambuilders still has enough dazzle and charm to please its targeted younger audience.