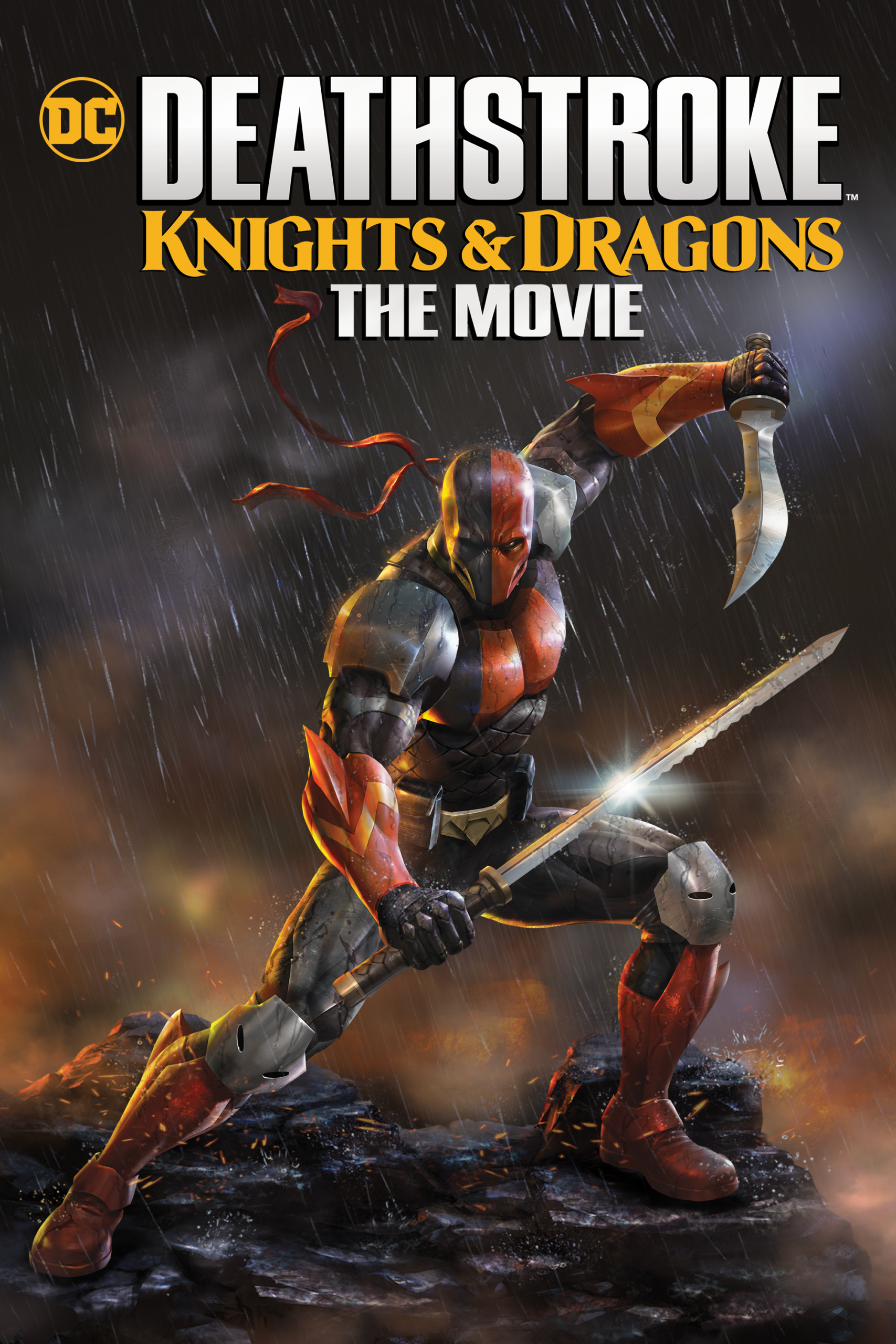 With Justice League Dark: Apokolips War bringing an end to the current phase of the DC Animated Movie Universe, the folks at DC have taken the opportunity to bring some of their lesser well-known characters to the fore, with Deathstroke leading the charge.

Ten years ago, US Army Lieutenant Colonel Slade Wilson made some pretty questionable decisions that led him to become Deathstroke; a freelance assassin with a conscience (or at least a code), who only takes contracts that he feels are worthy. After years of righteous killings, Slade makes a mistake that costs him his family, leaving him in exile, questioning his own moral code. In Deathstroke: Knights & Dragons we follow Slade as he finally gets an opportunity to atone for his sins, battling iconic foes like the Jackal and H.I.V.E. to try and make right the mistakes of his past.

For those unfamiliar with who Deathstroke is, Knights & Dragons covers enough origin story to understand what creators Marv Wolfman and George Pérez were going for with their anti-hero. However, whether the film manages to deliver on that vision is another matter. It’s quite a challenge to turn a villain into a hero and have them headline a whole movie, which is probably why it usually only happens in sequels (Terminator 2 anyone?). On paper, Deathstroke is perfect for this treatment. The character is flawed, and his tragic backstory should make you empathetic to his plight. However, in Knights & Dragons, his duality and inner conflict aren’t given the necessary weight to warrant cheering him on as the hero, which is a shame.

While Michael Chiklis brings the perfect tone for Wilson, the rest of the voice acting falls a little flat. It quickly becomes frustrating to see powerful, complex characters like Sasha Alexander’s Adeline Kane being stifled with clunky lines of exposition, reducing the emotional nuance that the story craves.

Perhaps it’s the fact that we have been spoiled by the quality of the previous DC Animated Movie Universe movies that Deathstroke: Knights & Dragons feels a little cheap (the DVD extras look like they were pulled from an Arrow-verse DVD rather than being made for this movie). All of this may be due to the fact the Knights & Dragons was originally conceived as a multi-episode web-series which is only now being brought out as a stitched-together full feature film…

This is not to say the movie doesn’t have great moments. Deathstroke lives up to his name when delivering brutal knee breaks and sashimi-style swordplay, with killing blows depicted with blood-splattering beauty. There are also some fun quirks to the film’s animation with the use of Lichtenstein-esque Ben-Day dots which give the film a unique aesthetic that echoes the character’s comic book roots.

Deathstroke is a complex character who, thanks to recent outings in TV’s Arrow-verse, the Batman: Arkham games and the Teen Titans: Judas Contract movie is solidifying himself as a fan favourite, which makes it shame that Deathstroke: Knights & Dragons never fully delivers on showing off what makes him a great character. It’s an enjoyable movie full of explosive action, and provides an excellent entry to the character. But its inability to provide any real balance or gravitas to the character makes it feel like a missed opportunity to launch a new roster of DC stars.

Deathstroke: Knights & Dragons is out now on digital and on Blu-ray and DVD on 17 August.