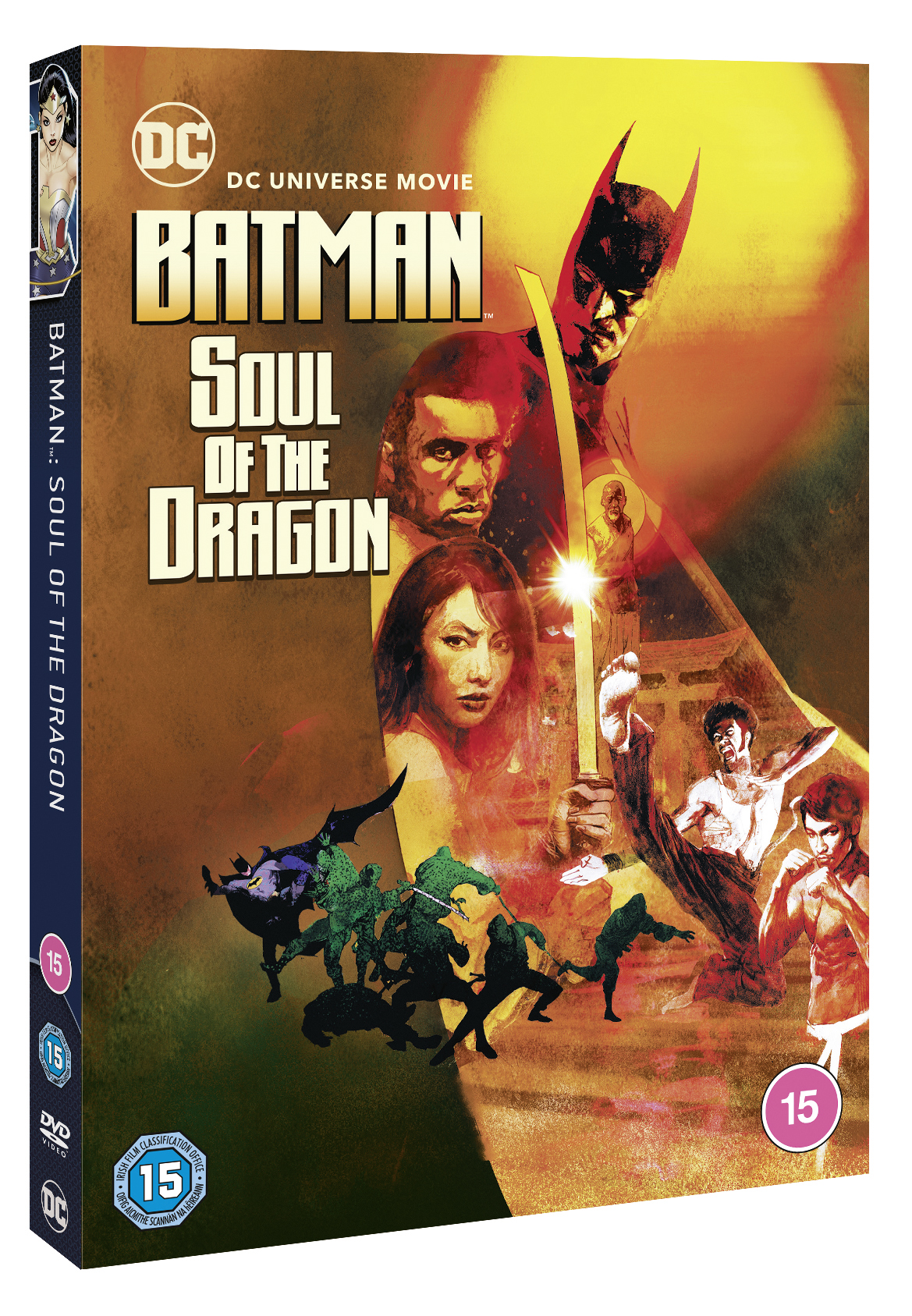 Despite the success of Once Upon A Time In Hollywood, kung fu and exploitation movies of the Seventies still aren’t overly popular right now, and given the easily drawn parallels between the era’s gritty rouge cop dramas and the actions of Gotham’s Dark Knight, it’s a bold choice when DC lean more towards Fists Of Fury than Dirty Harry as the setting for its latest Batman adventure.

While we’re perhaps used to seeing the campy caped crusader of Adam West’s Sixties Batman, the Batman of the Seventies belonged to the great Dennis O’Neil. After the sad news of his passing back in June of 2020, Batman: Soul Of The Dragon is a welcome celebration of what he brought to the character and the world of Batman.

From the sideburn-sporting, flare-waring Bruce Wayne, to the funkiest score this side of a Starsky And Hutch convention and an opening scene straight out of a Roger Moore James Bond movie, Soul Of The Dragon puts its influences front and centre. This is a nostalgia trip that would make even Tarrantino blush.

The plot focuses on super-spy and kung fu master, Richard Dragon (one of Dennis’ creations and a Bruce Lee proxy) as he uncovers a plot by the Kobra Cult to seize control of a magical gateway. This mission is personal and too big for one man to handle so Dragon must enlist the help of his old sparring partner, Bruce Wayne.

Together Richard and Bruce embark on a recruitment drive to reunite a team of martial arts experts from their days of training together in the mystical land of Nanda Parbat. Working alongside other O’Neil creations, Lady Shiva and Bronze Tiger, the team must face down the cult as they try to unleash a demon.

Although the nods to the era of kung fu and exploitation movies are executed with the precision of a Shaolin master, with so much focus on invoking the spirit of Enter The Dragon, it can be hard to remember that this is a Batman movie, especially with the limited screen time he has.

Batman: Soul Of The Dragon raises 36 crazy fists in a salute to the counterculture cool of Seventies kung fu movies, but with a style that skews more towards the recent Teenage Mutant Ninja Turtles cross-over movie rather than the core DC animated universe, how much fun you have will be largely dependent on your own affinity for the genre.