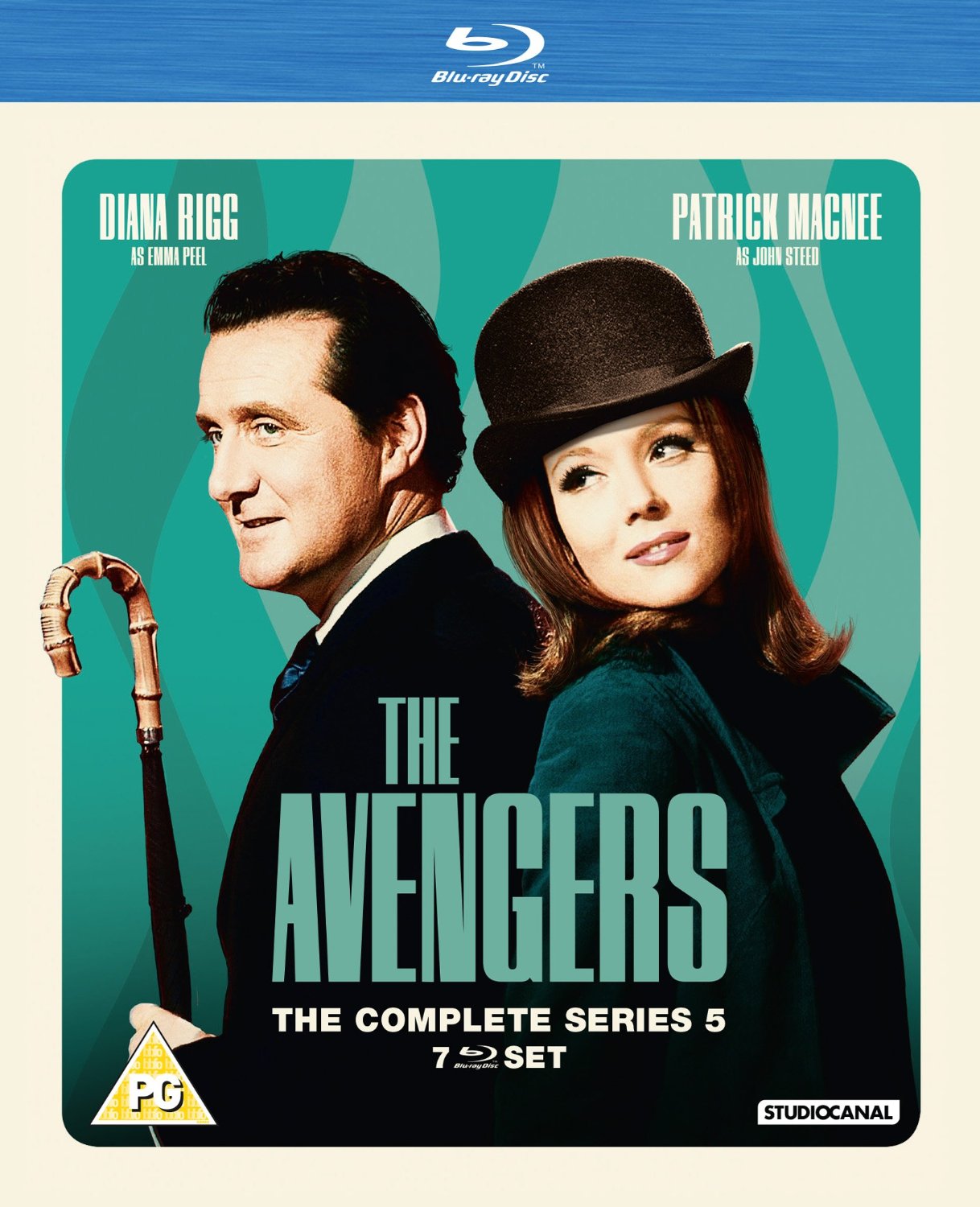 Although Diana Rigg’s Emma Peel only assisted the late Patrick Macnee’s perennial Avenger John Steed for two series, it is fortuitous that her era straddled the transition from monochrome to colour.

In 1966, the show was the first British TV series to be networked coast-to-coast in prime time across the USA, so the Americans got the benefit of full-colour Avengers three years before the technology was available to UK viewers; indeed, most Brits didn’t get to see Mrs Peel in glorious living colour until repeats in the Eighties.

With these vivid restorations on Blu-ray, we can see better than ever how important the new process was to the style and attitude of these 24 episodes. Diana Rigg was able to escape the creaking black leather of the monochrome era with a brighter, lighter wardrobe of purple jumpsuits, burgundy evening gowns and canary-yellow minidresses, designed for maximum impact on colour television.

Sets were bolder and richer, and the show sloughed off the last elements of gritty, noir-ish menace that black and white provided, using lurid colour to realise the bizarre, hyperreal and psychedelic vision of late Sixties England that became The Avengers’ aesthetic legacy.

US backers ABC were also concerned that the TV espionage genre had peaked, so along with the costumes, the plots became more outlandish, fully embracing the sci-fi and fantasy elements that had proved popular with fans in the previous series.

So there are episodes about time travel, invisible men, Venusian invasions, remote-controlled robot clones, ghosts, superheroes, mind-swapping devices and shrinking rays, although often these are fiendish hoaxes hatched by criminal masterminds to divert attention from their real skulduggery.

These episodes may tend to be more structurally formulaic than last series – perhaps because the majority were written by just two writers, Philip Levene and programme honcho Brian Clemens (who alleviated the workload by remaking a few earlier scripts) – but cliches were invariably subverted with arch nous.

Alongside the increased use of sci-fi tropes came a greater focus on surreal humour and outright japery. The wry, tongue-in-cheek interplay between Steed and Mrs Peel had already bounced fully formed out of their first meeting, and now set the tone for the rest of the production.

Two of the series’ best episodes are also the funniest; in ‘The Hidden Tiger’, Ronnie Barker plays a militant cat obsessive whose feline rescue organisation aims to help the nation’s moggies rise up and destroy their human captors by transmitting radio waves through electronic collars.

Although it could be the plot from a comic strip in an annual, the episode perfectly exemplifies the audacity and joie de vivre of The Avengers in its pomp. The same can be said for ‘Mission… Highly Improbable’, a playful end-of-season hoot featuring the bizarre image of Francis Matthews gleefully washing a miniaturised Nicholas Courtney down a drain.

Among the guest stars this series are Jon Pertwee playing a mad brigadier and Peter Cushing as the commander of the Cybernauts, but two roles by recently deceased screen legends stand out: Ron Moody, pottering around his lab with Mrs Peel in ‘The Bird Who Knew Too Much’, and surely the series’ most powerful and sinister performance: Christopher Lee, alternately playing a destructive automaton and a charming scientist.

But as ever, it’s the two leads that beguile the most. Witty, clever, charming, fearless, resourceful, incorruptible, hard as nails and impeccably stylish, they are the sort of stoic, heroic English role models whose like we’ll never see again.

When Emma registers a flicker of sadness and grief upon discovering the dead body of her childhood friend in the Peel-centric classic ‘Murdersville’, it is all the more powerful for its restraint and rareness, and brings home the perfect symbiosis between an all-time great actor and an all-time great character.