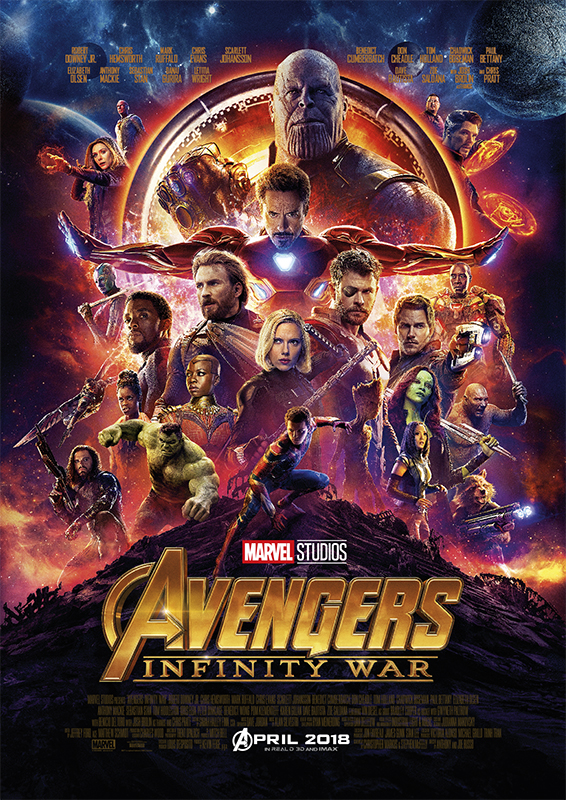 Well, they did it. Ten years on from Robert Downey Jr donning the Iron Man suit, the MCU has brought together its mightiest heroes to face the mad Titan Thanos in a massive crossover event that is entertaining, shocking, and, well, massive. Although you never lose sight of the fact that there’s a second part coming next year, this is damn impressive stuff.

Directors Joe and Anthony Russo and writers Christopher Markus and Stephen McFeely have done a pretty stunning job of marshalling such an unwieldy group, and, crucially, the thrill of watching these characters come together is absolutely there.

As Thanos ramps up his quest for the Infinity Stones to fulfil his lifelong dream of wiping out half of the universe (for balance), our heroes scramble to find and protect these powerful gems and find a way to stop him before it’s too late.

Thanos is established as a terrifying threat right off the bat and it is a huge relief that the long-teased villain actually works. Josh Brolin brings the right blend of threat, glee and pathos and, for a CGI character, he has a real physicality. Not only is he massive, he’s also brutally swift which makes for some great fight sequences. We’ve spent the last 10 years watching these heroes come out on top, so watching them be swatted out of the sky, flicked aside or simply outwitted packs a punch.

While the nature of these punches must remain a secret for the sake of spoilers, the filmmakers clearly relish being given license to shock. The first hour or so has a well-crafted and consistent air of dread as we’re shown exactly what Thanos is capable of, and it’s here that the franchise’s longevity comes into play. We know and love these characters, and here we are watching them face the fact that this might very well be the end for all of them.

The first hour is so busy and so eventful that you barely have time to draw breath. It’s only once the film nears the halfway point that minor issues begin to emerge. Once the initial thrill of seeing all these characters in the same movie has worn off, the constant cutting back and forth between the fragmented groups starts to become an issue. The film settles into a rhythm a little too easily (race Thanos to an Infinity Stone, fight, retreat, repeat), and you become aware that there is a huge “moving pieces around on a chessboard” aspect to the structure, leading to a mid-film lull that is certainly not disastrous, but it is noticeable. 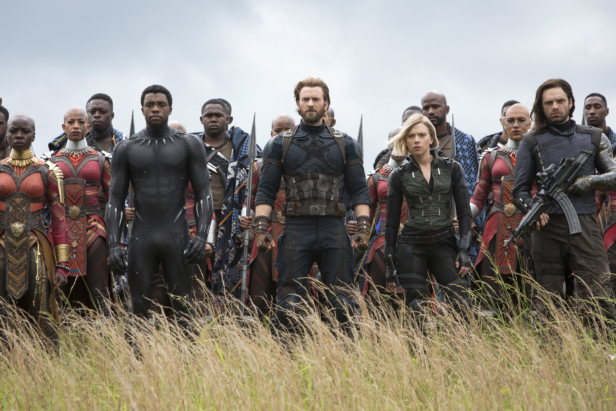 Similarly, the filmmakers’ lunges for levity in the face of Armageddon almost always result in very funny quips or reactions (it’s wonderful to see that Chris Hemsworth’s comic skills have not been forgotten about post-Ragnarok) but they often feel like an awkward reflex.

Still, these do feel like relatively minor complaints given everything that’s on display here. As a spectacle, it’s epic. There are some beautifully designed new alien worlds, some wonderful punch-ups as the Russos explore the team-up possibilities, and the trailer-ed Wakanda battle is truly rousing stuff.

Plus, the cast isn’t just massive, it’s loaded with actors who are all bringing their A-game. It seems cruel to pick favourites, but Robert Downey Jr and Tom Holland continue to develop their father-son relationship with great results, Mark Ruffalo brings much-needed clumsy humanity to the proceedings, and Zoe Saldana makes the most of some meatier dramatic material. Perhaps the star of the show (Brolin aside) is Benedict Cumberbatch, whose Doctor Strange feels far more at home here than he did in his solo film, bringing perspective and acting as an excellent counter-balance to Stark.

It’s a little unwieldy, there are slow patches and the odd misstep, there are so many characters that your favourite might feel hard done by, and it is definitely Part 1 no matter what the title says, but the fact is that Infinity War is pretty damn thrilling.