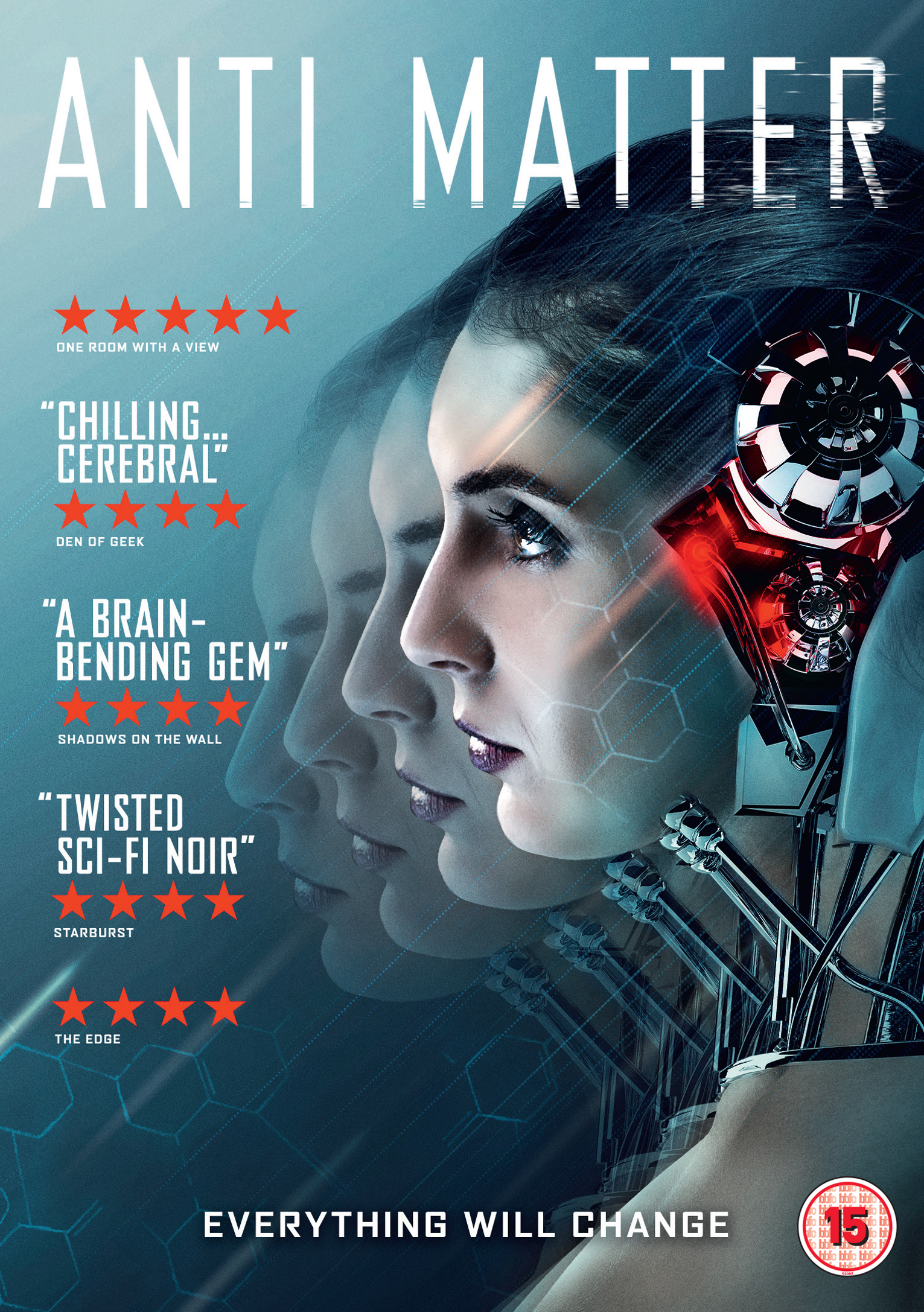 Much like the small-scale (yet covertly expanded) experiment at its heart, there is a pleasing DIY quality to Anti Matter (aka Worm), the feature debut of writer/director Keir Burrows which, like Shane Carruth’s Primer (2004) and James Ward Byrkit’s Coherence (2013), spins some very big SF concepts from a small budget.

Working on an Oxford doctorate in chemical engineering, Ana (Yaiza Figueroa) chances upon a potentially world-changing discovery: a mechanism for teleporting matter. Yet after rushing to be the first human subject transported, Ana wakes up without hunger, without thirst, without memory of anything following the experiment, and without any ability to trust her colleagues Nate (Tom Barber-Duffy) and Liv (Philippa Carson).

As a figure in an ape mask steals Ana’s work and identification, and GCHQ investigators and animal rights activists circle, Ana traces and retraces her steps about town à la Groundhog Day and keeps records Memento-style in a notebook, all the while convinced that something has gone terribly wrong without being quite able to grasp what it might be.

The palindromic form of Ana’s name hints at a certain reversibility within her, and it is clear early on that she has somehow become unstuck from herself. Burrows cleaves the viewer to Ana’s confused perspective, while resorting at key moments to montage, that feature of film grammar which most closely resembles the disorienting effects of teleportation.

The result is an amnesiac noir whose underlying conceit is rooted in physics and metaphysics. It is also reimagines the Oxford-penned Alice’s Adventures In Wonderland, complete with its own caterpillar, cat and white rabbit, as well as a (worm)hole through which our little girl lost falls.

Still, the plot requires a certain circularity in Ana’s oblivious, Oedipal race to the truth, and by the time the narrative has looped its way to the end, viewers may well have become as frustrated with all these dragging repetitions as Ana’s friends have.