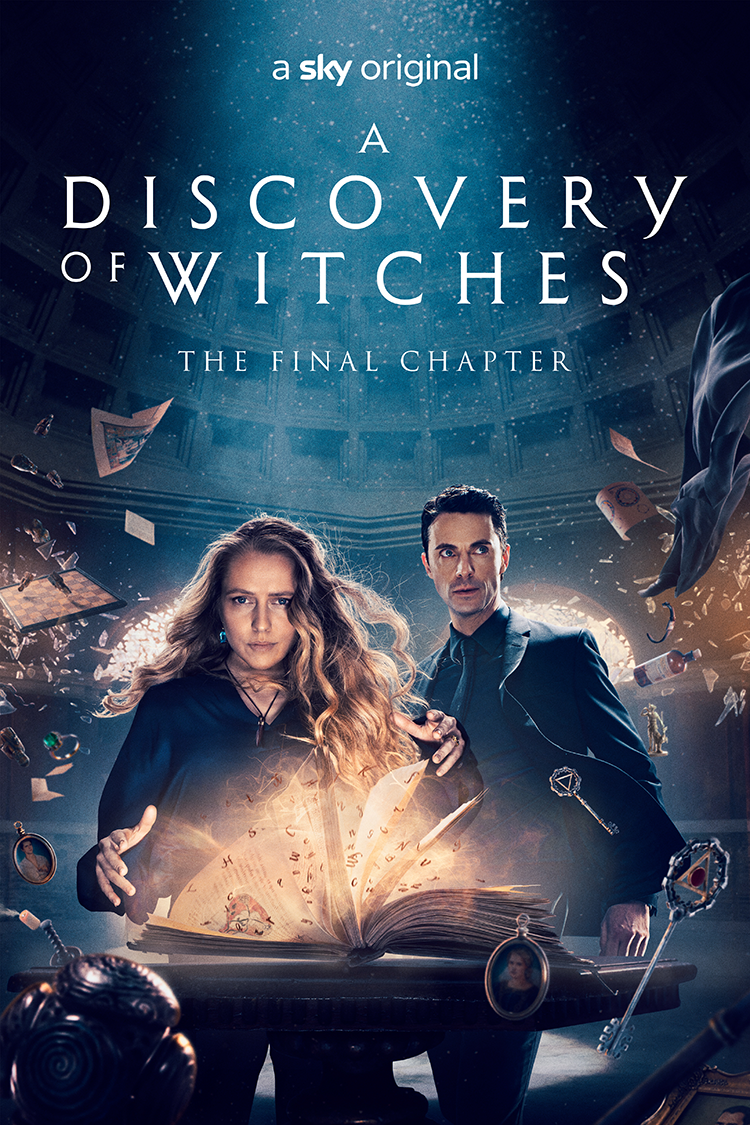 Centered on magic and fighting for what’s right, this Netflix fantasy hosts a number of complex characters and plot twists.

A Discovery of Witches proves with its final season that it’s most confident in the modern-day timeline. It reverts to the thrills and electric scenes from Season One as Diana (Teresa Palmer) and Matthew (Matthew Goode) return from 1590, with the Congregation hot on their heels. They fight to overthrow the Covenant, as creature politics endanger their children’s safety.

At the start of the season, this is the least of their problems though. The bloodraged vampire is still running rampant, threatening to expose the existence of creatures to humans. Many hints were revealed throughout Season Two about the culprit and while we won’t reveal their identity, rest assured this plot point develops in a satisfying way.

New additions to the cast elevate the series to coincide with the raised stakes. From vampire lawyers to biologists, each play a part in taking on the multiple villains. There is momentum to the season because of that, as all the characters are forced to spend time apart to pursue their own missions. The sheer volume of arcs does mean, however, that the seven episodes constrict the source material (written by Deborah Harkess) and slightly oversaturate the season.

So how do the familiar faces fare? Well, Gallowglass (Steven Cree) maintains his status as a scene-stealer but this time with an arc of his own as we learn more about his life. The season also devotes time to Marcus’ (Edward Blumel) and Matthew’s complex relationship and delves into their past; those scenes crucially map out what led to Matthew’s rather cynical and torturous persona. In fact, the De Clermont family history is largely on the frontline as decade-old conflicts unravel, particularly between Matthew and Baldwin, played by Peter McDonald. Mcdonald is new to the series, having taken over the role from Trystan Gravelle. His interpretation is widely different but it’s an effective change that grows on you as the season progresses.

Palmer is likewise a joy to watch as Diana; she brings fierceness and determination to her character as her power grows. Her strong will to enact change brings the series closer to real-life, as her story is a hopeful metaphor for social justice.

A Discovery of Witches champions academia and this season is equal parts science, magic, and politics. It will keep audiences hooked as it subtly moves on from being a romance drama to a supernatural suspense and leaves plenty unexplored for possible future seasons.

A Discovery of Witches season three comes to Sky Max and NOW on Friday 7 January.

The Witcher S2: Filling out the Continent
< Previous
Next >

The Witcher S2: Filling out the Continent