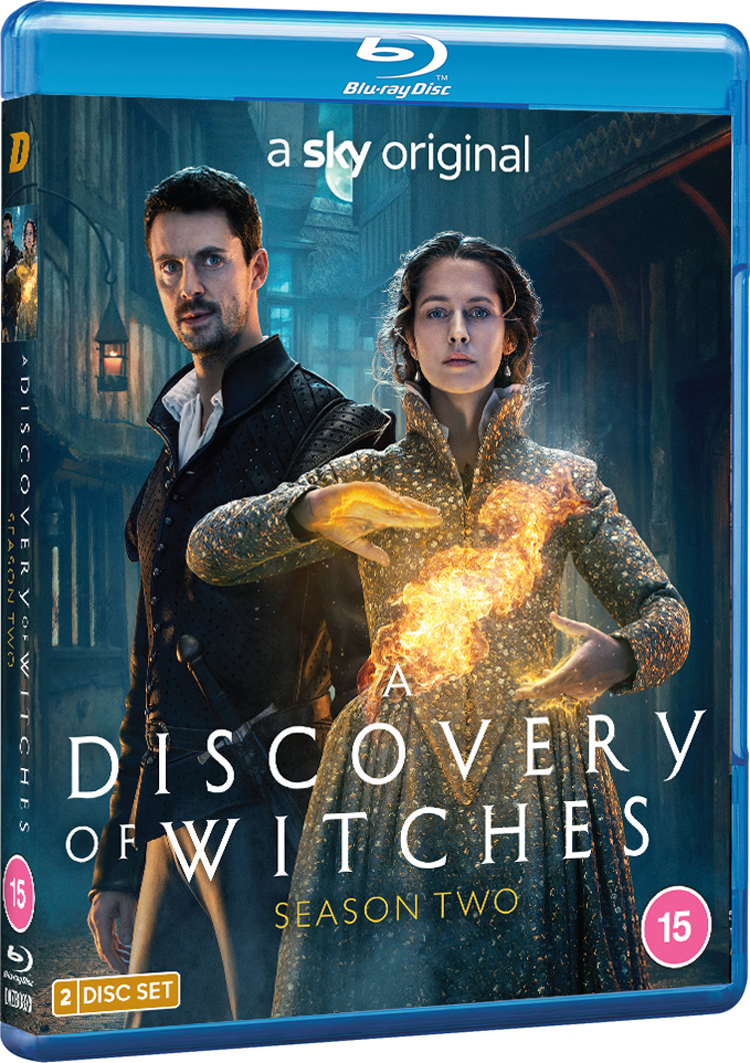 There is fun to be had with this far bloodier show bursting with fantastical action, drama and sexual chemistry.

After the electric tension, mystery and romance of the first series of A Discovery of Witches, and the intriguing cliffhanger that saw our fated pair, Diana (Teresa Palmer) and Matthew (Matthew Goode), attempt to time jump, Season Two of this magical show gets off to a painstakingly slow start. All the drama and passion from Series One has gone and in its place, we have awkward chit chat about finding a book and the right attire for our witch who now finds herself out of her usual time.

Much like Matthew and Diana, the show lingers too long in ye olde London and it’s not really until episode five that the emotion properly returns. We get to see more of the modern-day storyline and return to the characters we became invested in Series One. And, more importantly, we get to delve deeper into Matthew and Diana’s respective pasts, especially when they come face to face with the captivating James Purefoy as the patriarch of the De Clermont family. This encounter forces Matthew and Diana to face up to issues in their relationship, and watching these three brilliant actors play off each other in such intimate and raw scenes packs a real emotional punch that was sorely lacking in earlier episodes.

This series is at its best when the focus is on the bonds between these creatures who for centuries have been told to cut themselves off from each other – humans, vampires, witches and demons all come together and forge strong friendships in both pain and hope. This works well as the old cast are joined by stellar new additions, including Purefoy, Adelle Leonce and the powerhouse that is Sheila Hancock as Diana’s new teacher, Goody Alsop. Steven Cree is a welcome addition in the past, too, as the trusty Gallowglass, and Barbara Marten does a lot with few scenes as Queen Elizabeth.

If you have the patience to stick with it, Series Two manages to pull itself back from the brink and become the charming and intriguing show fans came to expect. It’s just such a shame that many viewers are likely to have lost interest before that happens.