Summer 2021 anime season is well underway, and while it can’t hope to match the ultra-stacked winter and spring seasons, there’s still plenty to get excited about. Whether anything on offer this quarter will match the dizzying height of spring’s Vivy, To Your Eternity or Odd Taxi, to name just three highlights, remains to be seen, but there’s certainly no shortage of variety, with something for everyone – especially if you like isekai…

We’re into the groove with the summer 2021 shows, so here are three that we’re really enjoying, plus one we’re seriously hyped for…

The Idaten Deities Know Only Peace 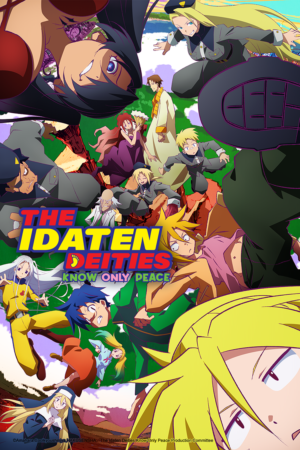 While no one can condone studio MAPPA’s habit of working its animators into the ground, it certainly knows how to put together an incredible-looking show. The Idaten Deities Know Only Peace is quite simply one of the wildest-looking anime we’ve seen since the likes of Kill la Kill or Gurren Lagann, with a visual style all of its own.

Psychedelic colour palettes, stylised action sequences, and absolutely over-the-top, balls-to-the-wall action succinctly sums up the visual roller coaster ride that your eyes will be taken on in every episode, and simply put this seinen slaps.

800 years ago, demons roamed the earth, and the only thing standing in their way was the Idaten gods, who sacrificed themselves to seal the evil away for good. 800 years later, Rin, granddaughter of one of the original deities, maintains her vigil over the seal, training new Idaten in preparation for the day when the demons will return, which just so happens to be the first episode.

If you’re looking for explosive action, bloody violence, and absolutely outrageous fight sequences on a spectacular supernatural scale, Idaten does not disappoint. It’s fast-paced, frenetic, and furious. However, while its overblown violence and slapstick comedy makes it seem like a Saturday morning shounen offering, there are some seriously dark undertones here, including a shocking scene right in the first episode, which makes it clear that this is an adults-only experience. Mix in a complex plot involving numerous different factions, political intrigue, and the unshakable feeling that we’re in for some serious surprises along the way, and you’ve got one seriously wild ride on your hands.

Why we love it: Eyeball-melting visuals, sheer badassery, and arguably the season’s best OP

You only get to make one first impression, and MADHOUSE’s Sonny Boy makes a big impact from the moment its first episode gets underway.

Visually, this has got to be one of the most interesting shows of this season – and beyond – and its stylistic choices will constantly leave you in awe. The animation is at once fluid, realistic and yet the characters have a sense of minimal design to them; skies are clean, single-colour blank canvasses that really focus your attention on the action at the forefront. Some scenes look like oil paintings, every frame feels like a piece of art, and the show is truly special.

Sonny Boy doesn’t just rely on its visuals to get by, though, the whole concept is a fascinating one – without warning, a Japanese high school drifts through an endless black void while its occupants begin to manifest other-worldly superpowers, and the whole of the first episodes passes by without any BGM, emphasising that feeling of the infinite emptiness beyond the building’s now-broken windows.

As the series progresses, the location shifts, tensions rise among the teens, and stranger and stranger phenomena begin to occur, and it becomes clear what we’re seeing is just the very tip of the iceberg. It’s a twisting, turning mystery that sucks you in from the very first episode, and while it plays its cards close to its chest and keeps you as confused as it can, this is a show that is absolutely worth your time. Don’t sleep on Sonny Boy.

Why we love it: Inter-dimensional Lord Of The Flies with superpowers meets Lost 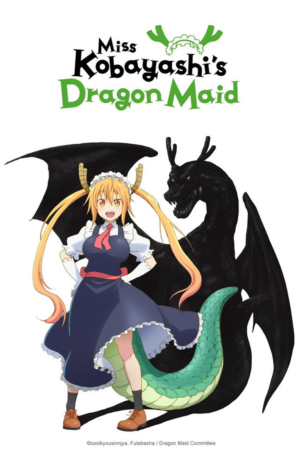 When Miss Kobayashi’s Dragon Maid appeared in 2017, it could all too easily have been just another sweet and silly slice of life with a supernatural twist, serving up the sugar-coated comedy goodness we all crave, though ultimately ending up fun but forgettable.

But as hilarious as it was, with Tohru, a dragon from another world, ending up as a live-in maid for the titular Miss Kobayashi, and their exploits along with those of a whole cast of wacky dragon characters, what set it apart was its heart. We came here to laugh, not to feel, but Dragon Maid didn’t give us a choice, and there was real depth and emotion to its story, and more than once we found ourselves reaching for a hanky.

Dragon Maid S doesn’t break with tradition, and it’s even more lewd, crude, and downright raunchy and raucous than the first season, while once again not missing a chance to sucker punch you right in the feels when you’re least expecting it. And, once again, KyoAni is just straight flexing on other studios with the absolutely awesome action sequences that make sure you never forget these cute anime girls are insanely overpowered dragons beneath the surface.

Dragon Maid S adds a new dragon into the mix, spices up the storyline, and then piles on the comedy, delivering a show that’s impossible not to love and one we can’t get enough of.

And one to watch out for… 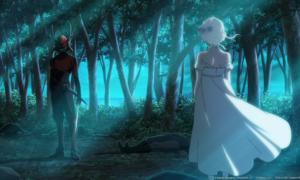 Looking like a cross between Pirates of the Caribbean and Ninja Scroll, Fena: Pirate Princess looks like it’s going to deliver exactly what you’d want and expect from a show bearing that title.

When we first saw the trailer (below), we were instantly hyped to an insane degree because this show looks so good – seriously, these are some movie-level production values on display, and beyond the stunning visuals, it looks set to deliver a heaped helping of high-seas adventure.

The anime follows Fena Houtman: orphaned as a child and brought up as a servant in a brothel, she manages to escape to an island of pirates where she discovers the truth about her family, and you don’t need to be Detective Conan to work out where things go from there. Expect pirates, samurai and at least one princess, all wrapped up in a show that promises to deliver action, adventure and will leave no buckle un-swashed.

Stay with SciFiNow for all the best in anime. Check out our Top Five Anime Spring selections here.

Spring 2021 Anime: Five Shows Worth Your Time
< Previous
Next >