We’ve got a big soft spot for the 1979 movie Time After Time, in which Malcolm McDowell played an actually-time-travelling HG Wells forced to travel to modern day San Francisco to stop David Warner’s Jack the Ripper and save Mary Steenburgen.

Turns out we’re not the only ones, as Deadline reports that Scream and The Following writer Kevin Williamson has signed on to adapt the novel (also 1979) by Karl Alexander for TV.

The pitch for both the novel and the film is as follows: “H. G. Wells — the bestselling author of The Time Machine and War Of The Worlds —  has invented a time machine. He shows the contraption to his friends, oblivious to the fact that one of them, surgeon Leslie John Stephenson, is in fact the infamous Jack the Ripper. When Scotland Yard detectives get on Stevenson’s trail, the murderer uses the time machine to flee to the future, getting transported to 1979 San Francisco. He is quickly followed by Wells who is trying to bring him to justice.”

However, the Deadline reports suggests that this will be the jumping off point for the show. “Time After Time will chronicle the epic adventures of young H.G. Wells and his Time Machine.”

Still, we all know how much Williamson loves his serial killers, so we’d be surprised if Jack the Ripper wasn’t a staple. 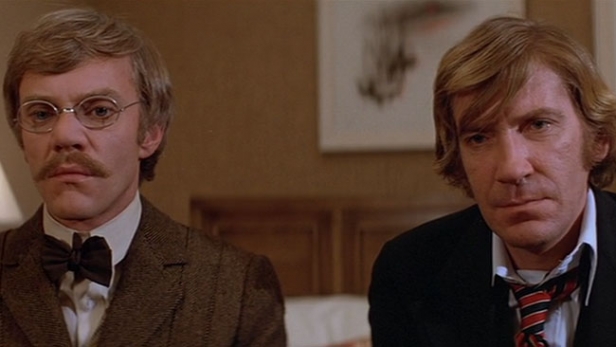