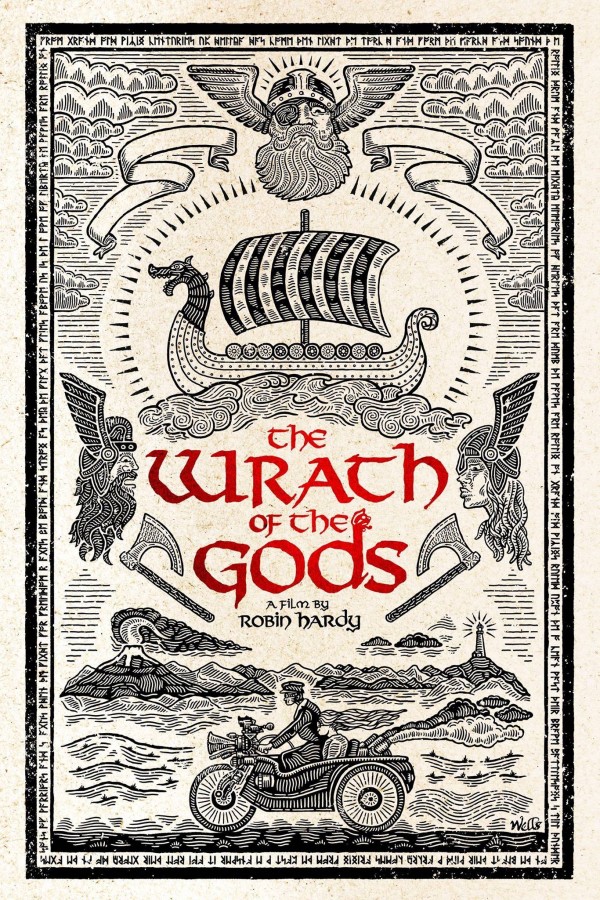 Robin Hardy is planning a third film in the Wicker Man saga, called The Wrath Of The Gods, but he needs your help (and money) to make it.

In this follow-up to The Wicker Man and The Wicker Tree, “The Whimsey Company of Burbank California decide to create a theme park featuring the Norse Saga, a story of warring Gods and Giants and sly, scheming Elves. A group of intrepid Californians journey into their sub-arctic world completely unprepared to deal with the descendants of the warrior Vikings, a people who believe in the supernatural.

Whimsey CEO Herb Boden (James Mapes) and his son Ziggy (Christopher Leveaux) are led into this doomed enterprise by the lovely Bryn (Halla Williams), herself a Scandinavian who sings like an Angel. Her father, Oscar, chief of Police, tries to keep the peace between the Whimsey crowd and the resentful Vikings. He is diverted by the arrival of the beautiful Clarissa, who shares his passion for Steam Punk and is a kindred spirit.”

Hardy is crowdfunding his latest film on IndieGogo, aiming for $210,000. The site explains that the funds are needed to bring the Whimsey Company’s theme park to life and to make the steam punk element detailed and convincing.

What do you think? Do you want to see another film in the Wicker sequence? If you want to contribute, the film’s fundraising page is here.

You can buy The Wicker Man 3 Disc 40th Anniversary Edition on Blu-ray for £12.99 at Amazon.co.uk. Keep up with the latest horror news with the new issue of SciFiNow.