The first trailer and poster have arrived for The Limehouse Golem, starring Bill Nighy, Olivia Cooke, Douglas Booth and Eddie Marsan, and which promises a From Hell-esque blend of period thriller and serial killer horror…check it out.

The film is directed by Juan Carlos Medina, who gave us the excellent Spanish chiller Painless, and has been written by the awesome Jane Goldman (The Woman In Black, Kick Ass), based on the book Dan Leno And The Limehouse Golem by Peter Aykroyd. We can’t wait to see it. 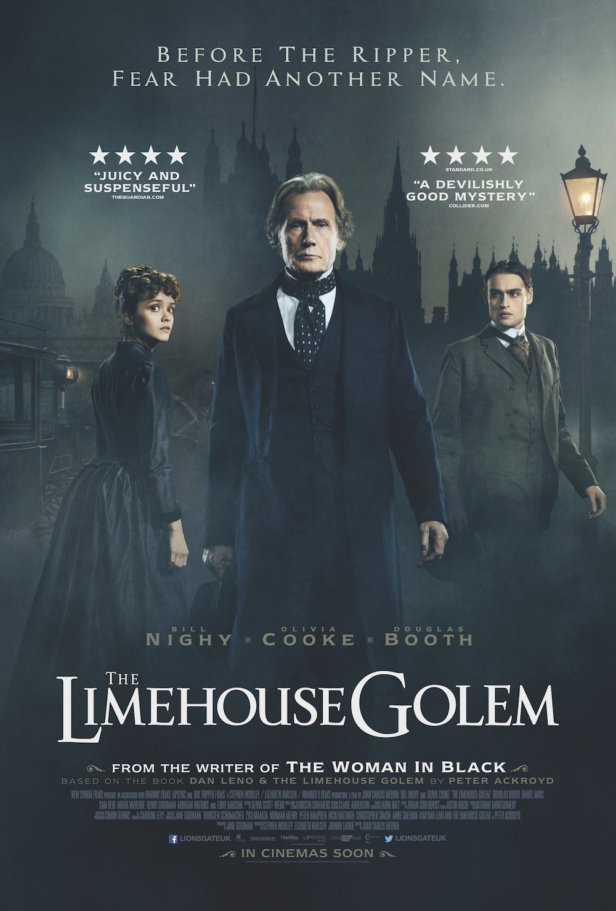 “A serial killer stalks the Limehouse streets of Victorian London in 1880, the terrified population of this squalid district of the East End believe that the “Golem”, a monster from Judaic mythology, is responsible. Inspector Kildare of Scotland Yard is handed the impossible task of solving these heinous crimes and his investigations lead him on a race across the capital from The Old Bailey, to Newgate Prison, to the music halls of London and the British Museum. His chief suspects are music hall superstar Dan Leno, political agitator Karl Marx, writer and philosopher George Gissing and journalist John Cree. Kildare believes that famed performer Little Lizzie Cree, who is almost certainly destined to hang for the poisoning of her husband, holds the key to the identity of the real Golem. Kildare must solve the case and in doing so, he believes he will save the life of Elizabeth Cree.”

The Limehouse Golem will be released in the UK & Ireland on Friday 1st September by Lionsgate UK. Keep up with the latest genre news with the new issue of SciFiNow.