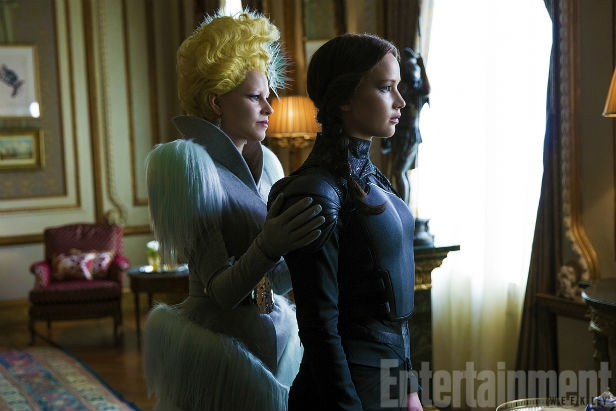 A new picture of Jennifer Lawrence and Elizabeth Banks as Katniss Everdeen and Effie Trinkett in The Hunger Games: Mockingjay Part 2 has arrived from EW.

We’re still a ways away from the final film in the Hunger Games saga, which has a 20 November release date, but EW managed to wrangle a quote from director Francis Lawrence, who promises that it will be the best in the series yet.

“It’s probably the most emotional of the bunch,” said Lawrence. “And I think it’s the most ­satisfying of the bunch.”

The Hunger Games: Mockingjay Part 2 is released on 20 November. Keep up with the latest genre news with the new issue of SciFiNow.