In excellent Thursday morning news, Netflix is doubling down on its Stephen King movies. THR has announced that a film based on 1922, from King’s short story collection Full Dark, No Stars, is gearing up for production with a full cast and director attached. 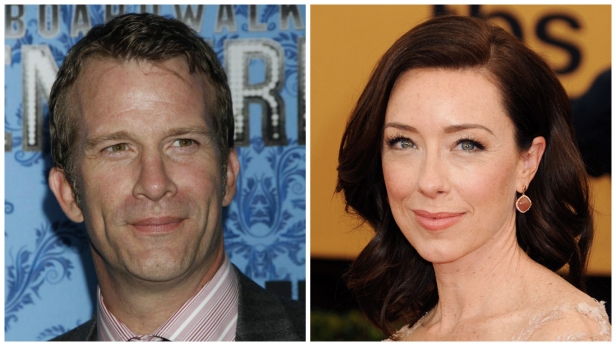 King veteran and awesome genre regular Thomas Jane (The Mist, Dreamcatcher, The Expanse) and brilliant character actor Molly Parker (House Of Cards, Deadwood, The 9th Life Of Louis Drax) will play the two leads in the film version of King’s Poe-esque tale, to be directed by These Final Hours‘ Zak Hilditch.

The novella is the “telling of a man’s confession of his wife’s murder. The tale is told from from the perspective of Wilfred James, the story’s unreliable narrator who admits to killing his wife, Arlette, with his son in Nebraska. But after he buries her body, he finds himself terrorized by rats and, as his life begins to unravel, becomes convinced his wife is haunting him.”

1922 is the second King film set up at Netflix, alongside Mike Flanagan’s just-started-filming Gerald’s Game, starring Carla Gugino, Bruce Greenwood and Henry Thomas, and it’s just one of the many, many King projects currently in active development or filming.

It’s hard to believe that the film versions of The Dark Tower and It will finally be hitting our cinema screens next year, and there we’ve also got TV series based on The Mist and Mr Mercedes to look forward to (the latter of which recently cast Harry Treadaway to step in for the late Anton Yelchin). On the other hand, Josh Boone’s movies of The Stand and Revival are still in a lingering state of “development.”