In case you missed it over the weekend, Lucasfilm released a bumper crop of goodies at the annual Star Wars Celebration event, including a title, trailer and poster for the next film in the ongoing Star Wars saga.

As well as charting Rey’s rise to full badass Jedi, the trailer also follows the rest of the crew in the battle against the First Order. Mark Hamill lends his tones for an inspirational Luke Skywalker voiceover, which is juxtaposed with Emperor Palpatine’s (Ian McDiarmid) awful laugh.

Check out the poster for the film here: 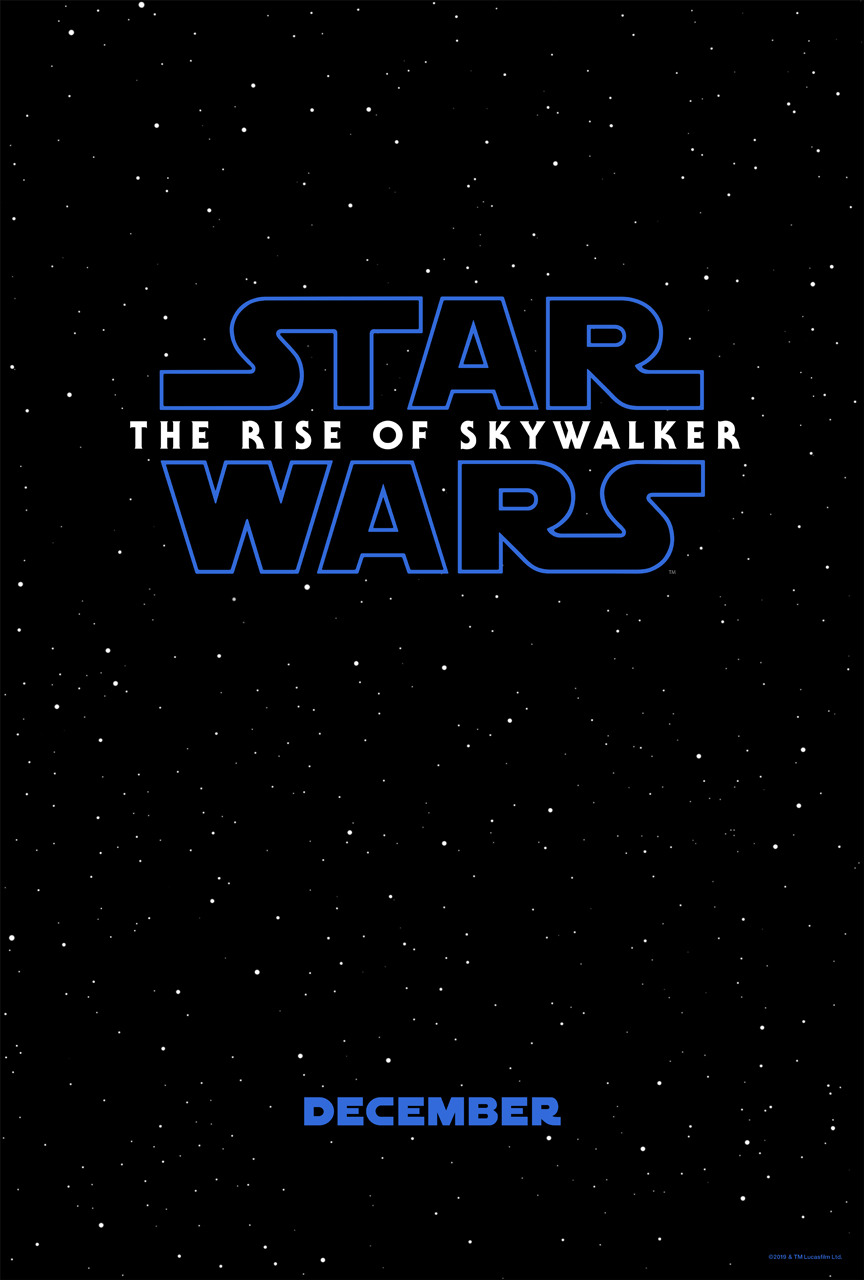 Basic but on brand.

Star Wars: The Rise Of Skywalker is in cinemas from 19 December 2019. Get all the latest sci-fi news with every issue of SciFiNow.