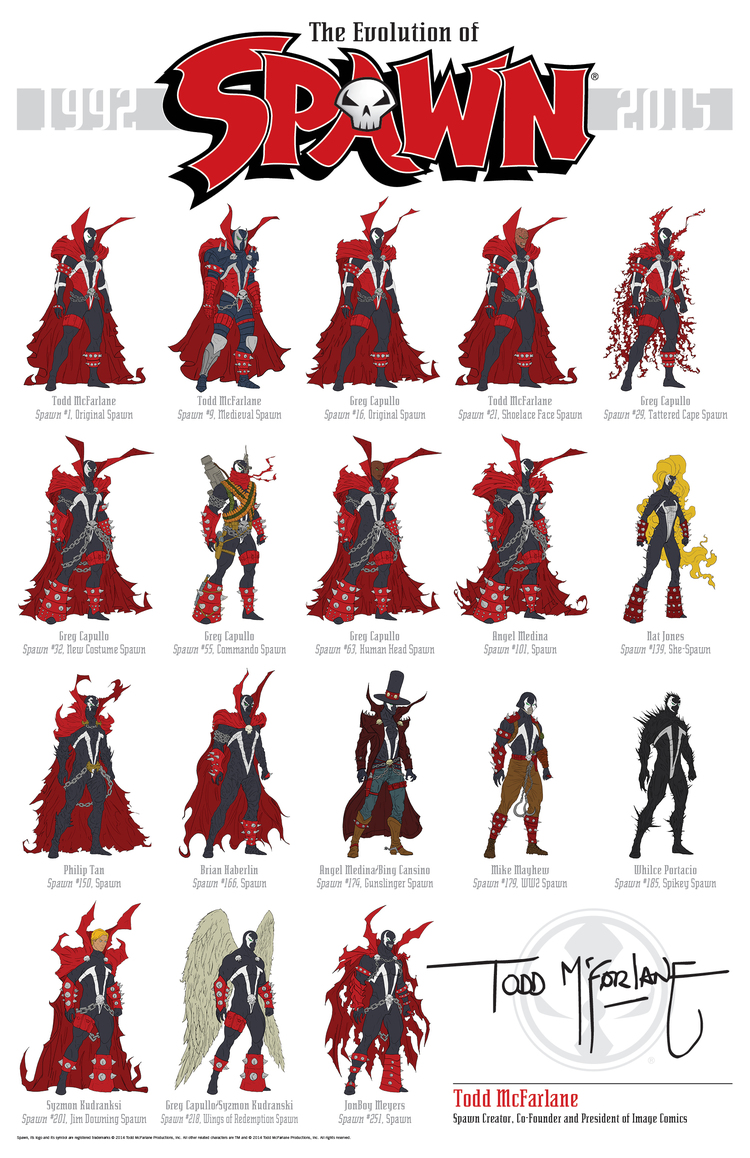 THE EVOLUTION OF Spawn!!!!!

With Spawn issue #250 coming up at the end of the month…. I thought it would be COOL to put together all the different costumes Spawn has had over the years.

Thanks for all your support over the years!!! I’ll be doing a giveaway with these, soon.

Pick up the Spawn: Director’s Cut on Blu-ray for £12.99 or DVD for £12.96 from Amazon.co.uk. For more on the comics that have inspired the movie, pick up our 100 All-Time Greatest Comics bookazine now.