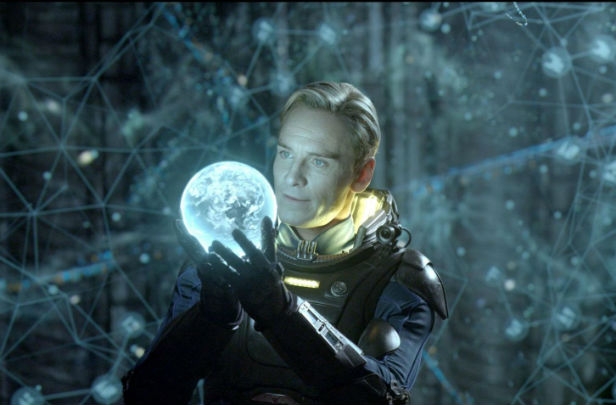 After a lot of rumours, assumption and educated guesses, Ridley Scott has confirmed that Prometheus 2 is his next project after The Martian.

Speaking to Deadline about the Matt Damon movie which just showed at TIFF, Scott said that the follow-up to his Alien prequel will shoot in February, and that Michael Fassbender will return as android David.

“Fassbender will do this one with me, and it’s meant to start production in February,” he said. “I’m in prep, now. I’ll either shoot in Aussie, or here.”

When it comes to the story, he’s a little vague. Really vague actually, but it seems like he’s got an idea of what he didn’t like about Prometheus‘ story and is looking to do something a little different with the same themes.

“You can either say, leave the first film alone and jump ahead, but you can’t because it ends on too specific a plot sentence as she says, I want to go where they came from, I don’t want to go back to where I came from,” he explained.

“I thought the subtext of that film was a bit florid and grandiose, but it asks a good question: who created us?” he continued. “I don’t think we are here by accident. I find it otherwise hard to believe you and I are sitting here at this table, because the molecular miracles that would have had to occur were in the trillions, since the first sign of human life that crawled out of the mud with four fingers, would bloody well be impossible, unless there was some guidance system. Also, you have the sun approximately the same distance from earth as it is from maybe millions of planets and planetoids that are almost identical distance and therefore enjoy the value of sunlight on their soil. Are you telling me there are no other planets with human life? I simply don’t believe it.”

Word on The Martian from TIFF has been very positive, and as mixed as the reaction to Prometheus was, we can’t help but get a little excited at the prospect of returning to the world of Alien. Even though it sometimes felt like Prometheus couldn’t decide whether it wanted to be an Alien film…deep breath.

It’s good to hear that Fassbender’s definitely back on board, though. We assume that Noomi Rapace will be back as Dr Elizabeth Shaw as well.

You can buy Prometheus on Blu-ray for £8.35 at Amazon.co.uk. Keep up with the latest genre news with the new issue of SciFiNow.