Updated with English language trailer
The first international trailer for Resident Evil: The Final Chapter is here, and it’s promising to be a pretty massive conclusion to the long-running series.

Writer-director Paul WS Anderson is back at the helm for the final instalment, and Milla Jovovich is still kicking all kinds of ass as zombie-slayer Alice.

Also returning are Ali Larter as Claire Redfield, Iain Glen as Dr Isaacs (who would appear to be taking on Big Bad duties for this movie) and Shawn Roberts as Albert Wesker. New additions include Orange Is The New Black‘s Ruby Rose as Abigail,  Merlin‘s Eoin Macken as Doc, Rola as Cobalt and Joon-Gi Lee as Lee.

“Picking up immediately after the events in Resident Evil: Retribution, humanity is on its last legs in Washington D.C. As the only survivor of what was meant to be humanity’s final stand against the undead hordes, Alice must return to where the nightmare began – Raccoon City, where the Umbrella Corporation is gathering its forces for a final strike against the only remaining survivors of the apocalypse. In a race against time Alice will join forces with old friends, and an unlikely ally, in an action packed battle with undead hordes and new mutant monsters. Between regaining her superhuman abilities at Wesker’s hand and Umbrella’s impending attack, this will be Alice’s most difficult adventure as she fights to save humanity, which is on the brink of oblivion.” 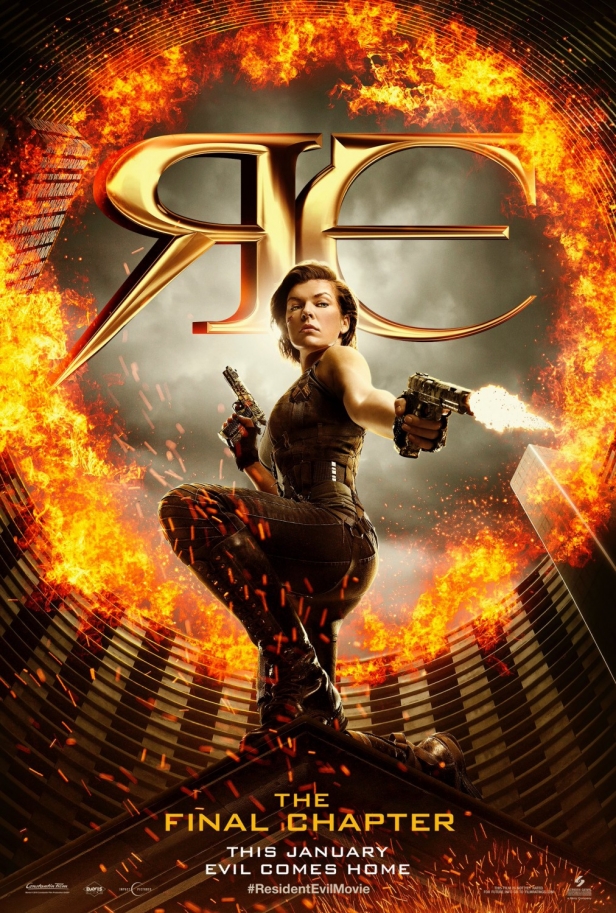 Resident Evil: The Final Chapter is released on 24 February 2017 in the UK. Keep up with the latest genre news with the new issue of SciFiNow.