A new Spanish language trailer and poster for Alejandro Amenábar’s chiller Regression, starring Ethan Hawke and Emma Watson, has surfaced on Bad Taste (via Arrow In The Head)

“Regression is set in a small Minnesota town in 1980 where a man is arrested for sexually abusing his daughter. He admits his guilt despite having no memory of it. With the help of a psychologist, he relives the memories and implicates a police officer as his partner in crime. The man’s estranged son and other townspeople are also suddenly able to relive suppressed memories of horrific abuse. At the same time, the local news reports blame a Satanic cult that has been performing rituals of orgies, assault, killing animals and even babies, for years. The officers are alarmed when similar reports come in from all around the country—they believe they’ve uncovered a national and possibly supernatural conspiracy. Is the abuse real, or something else?” 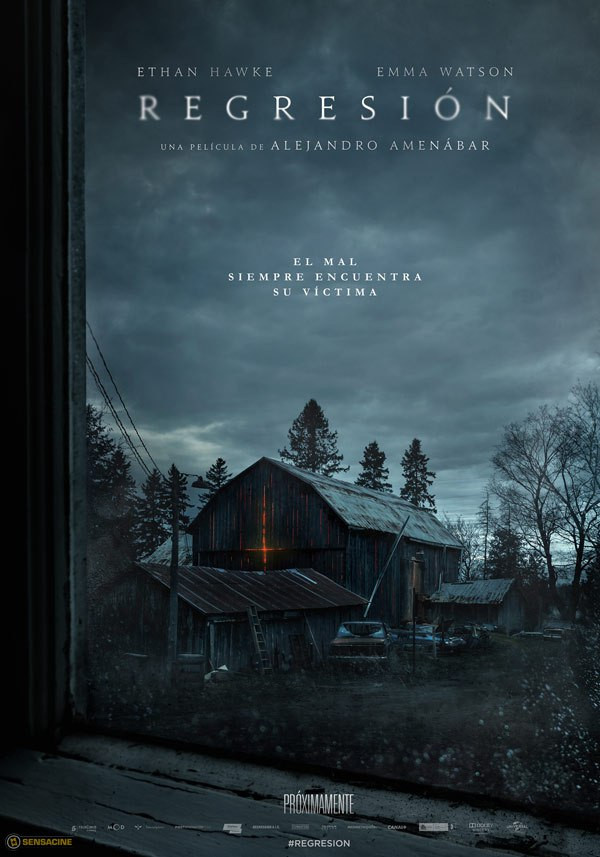 Regression is released in cinemas on 28 August in the UK. Keep up with the latest genre news with the new issue of SciFiNow.