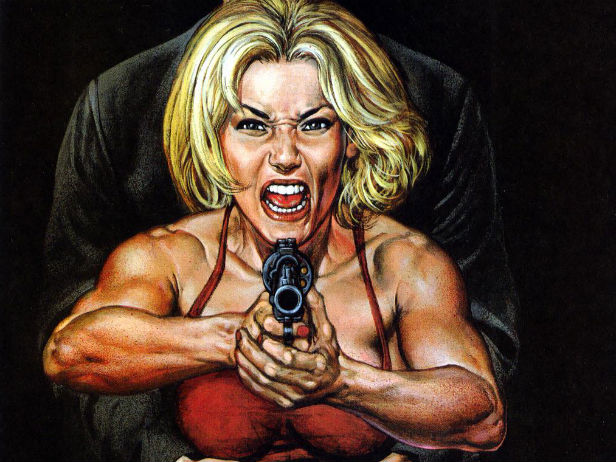 While details of Seth Rogen and Evan Goldberg’s Preacher TV show for AMC have been scarce, it looks like the first casting hint might have emerged.

Superhero Hype reports that “the plan is for Tulip O’Hare to be played by an African American actress.” Jesse Custer’s fiercely strong-willed, dedicated girlfriend Tulip is white in Garth Ennis and Steve Dillon’s beloved Vertigo comic series, and this news will undoubtedly upset the same people who got upset when Michael B Jordan was cast as Johnny Storm.

However, if these rumours are true, those people should note that it could lend another element to Jesse’s horrible past with his awful, inbred, deeply awful family. Shining a light on bigotry and outdated worldviews was also a big part of Preacher (along with all the other outrageousness, of course) so there’s that to remember too.

Ennis and Dillon’s comic series “tells the story of Reverend Jesse Custer, a small town Texas preacher who, nearly at his faith’s end, finds himself merged with a supernatural entity, Genesis, birthed from both an angel and a demon. Imbued with the word of God (the ability to make anyone obey his commands), Jesse hits the road, reunited with his ex girlfriend, Tulip, and joined by a rowdy Irish vampire, Cassidy, to track down God himself and force him to explain why he abandoned his duties in Heaven.”

You can buy Preacher: Book One (Gone To Texas) for £10.00 at Amazon.co.uk. For more on the comics that inspire the series, pick up our 100 All-Time Greatest Comics bookazine now!