Well, it finally looks as though principle casting for Project Almanac director Dean Israelite’s Power Rangers movie has been completed. Joining the Red, Blue, Pink and Black Rangers is the newly cast Yellow Ranger, to be played by Becky Gomez, as confirmed by the below Instagram post: 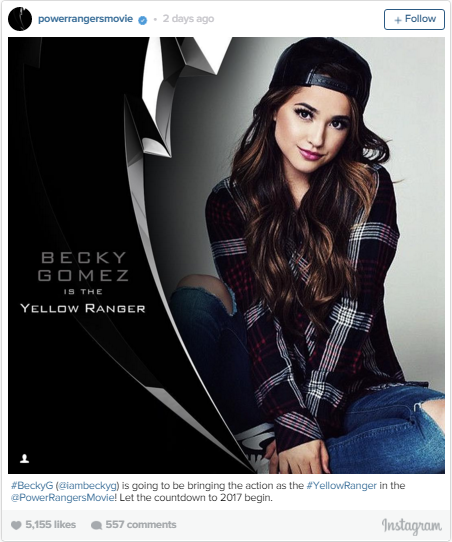 In keeping the rest of the film’s casting to date, Gomez is young and with relatively few film credits to date (mainly popping up with soundtrack and performing credits on kid-friendly features like Hotel Transylvania and The Smurfs), although those of you who are watching the ridiculous yet insanely compulsive Empire might recognise her as feisty girl group lead and scene-stealer Valentina Galindo.