Having previously reported that Dean Israelite’s Power Rangers movie was testing a host of young as its leads, we now have confirmation via one of them that the first of the new breed has been cast, with Naomi Scott confirmed to be playing Kimberly, aka the Pink Ranger. 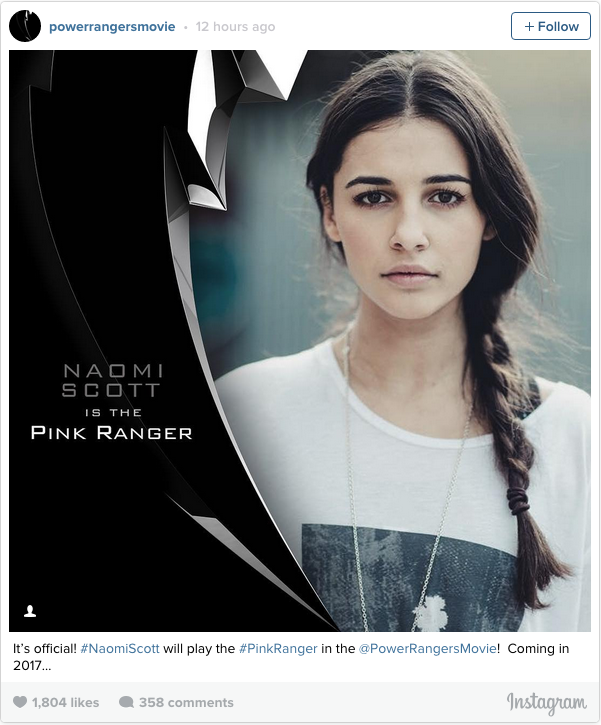 A relative up-and-comer, genre fans will most likely recognise Scott as Mandy Shannon in Steven Spielberg’s short-lived Terra Nova, although she did recently have a small role in Ridley Scott’s The Martian. We suspect the rest of the cast will be in a similar vein, but so far so good!

With Israelite (Project Almanac) directing, the screenplay is being penned by Ashley Miller and Zack Stentz (X-Men: First Class, Thor).