We’ve been waiting for what seems like forever for anything from Jeff Nichols’ sci-fi Midnight Special, and we’ve finally got a poster from IMPAwards. 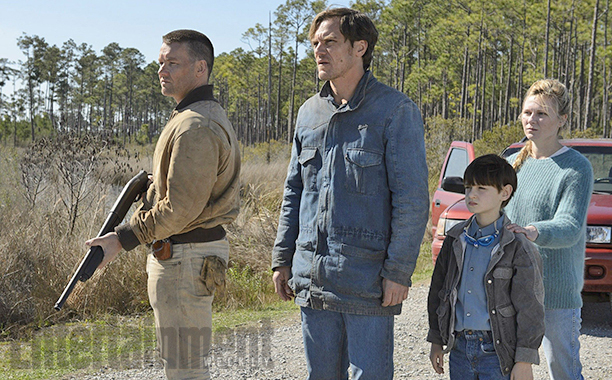 There’s also a new still from the film from EW, featuring Michael Shannon and Kirsten Dunst as the parents of a young boy with special powers, as well as Joel Edgerton They also managed to get a teasing quote from Nichols.

“The son happens to have unique gifts. It’s a weird word to use, but his gifts are, um, supernatural.” Well, that’s not a huge amount to go on, but given that Nichols gave us Shotgun Stories, Take Shelter and Mud, that’s enough. Oh, and John Carpenter has been mentioned as an influence, and we’re getting a Starman vibe.

Midnight Special will be released on 15 April 2016 in the UK. Keep up with the latest news with the new issue of SciFiNow.