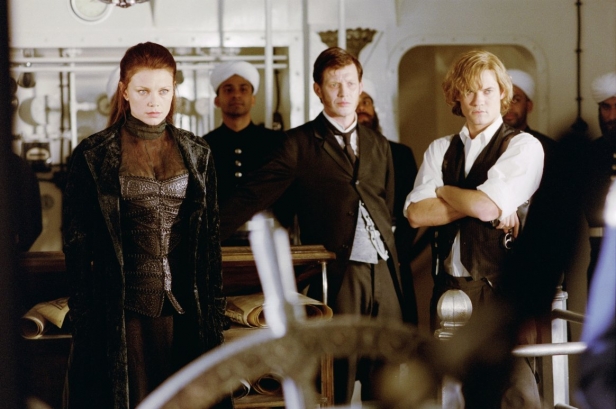 The news that 20th Century Fox was planning a League Of Extraordinary Gentlemen reboot seemed strange back in May, seeing as the 2003 film interpretation of Alan Moore’s comic book series was kind of awful. But they are giving it another try anyway. This time, however, they might just have found a way to make it work.

At the TCA summer press tour this week producer John Davis acknowledged that the first movie wasn’t well received, and revealed that this reboot is going to be more female-centric.

Speaking to Collider, Davis said: “Just by going back to the roots and making it authentic to what the fan base was really excited about. It’s female-centric, which I think is interesting.

“I love female characters, point-of-view characters in action movies. I thought Mad Max was great. I think you can always find a fresh way of doing something and going back to the basics. What is that people love? What is it that made them love the property in the first place?”

Seeing as really the only main female character in the 2003 film is Mina Harker, it’s unclear whether the reboot is going to revolve around her, add some new characters or even genderswap the male ones. Either way, we’d be interested to see how it develops.

You can buy The League Of Extraordinary Gentlemen on Blu-ray for £7.20. Get all the latest genre news with every issue of SciFiNow.