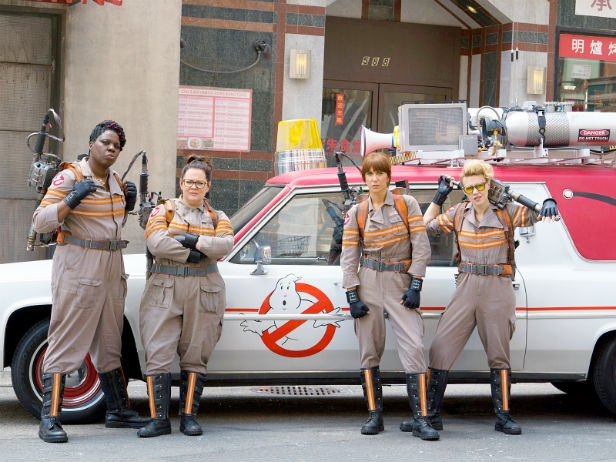 We’ve seen a lot of talk about how the Ghostbusters franchise will expand alongside the upcoming Paul Feig-directed reboot. We’ve heard that Channing Tatum wanted to make another movie with Chris Pratt, a rumour that seemed to be very much substantiated by Iron Man 3 writer Drew Pearce, who said he had just fininshed writing a draft.

“That’s definitely the cast we’ve been thinking about as we approach the project,” Pearce told MTV. “Whether that happens or not is very much above my pay grade. It’s just my job to give them something exciting that maybe they’ll do.”

“I’ve finished my work on that in the last couple weeks. Obviously it’s top secret, but there’s a gigantic bold idea that I came up with, and the Russo brothers — who did Captain America: The Winter Soldier and are doing Civil War at the moment — and Ivan Reitman, who did the original movie, are going to take that and run with it. Obviously I cannot tell you what it is, but hopefully in one year’s time you’ll know.

However, Ivan Reitman, who directed the first two movies and is a producer on the new film, has issued a statement (via Coming Soon) to clarify that the only movie in active development is Feig’s.

There has been a lot of excitement recently about what is happening with the Ghostbusters franchise,” states Reitman. “As the producer of the new Ghostbusters film, I feel the need to clarify. There is only one new Ghostbusters movie and that is the Paul Feig directed version coming next July, presently filming and going fantastically. The rest is just noise.”

While it’s kind of hard to imagine that conversations aren’t still happening, it’s good to know that the focus is on the Feig movie. The cast is excellent, and we really can’t wait to see what they’ve come up with. We’re choosing to blindly assume that the proper faith is being shown in the project by the studio, and that any kind of spin-off discussions are being saved for after the film comes out.

Ghostbusters is released 15 July 2016 in the UK. Keep up with the latest genre news with the new issue of SciFiNow, on sale now!