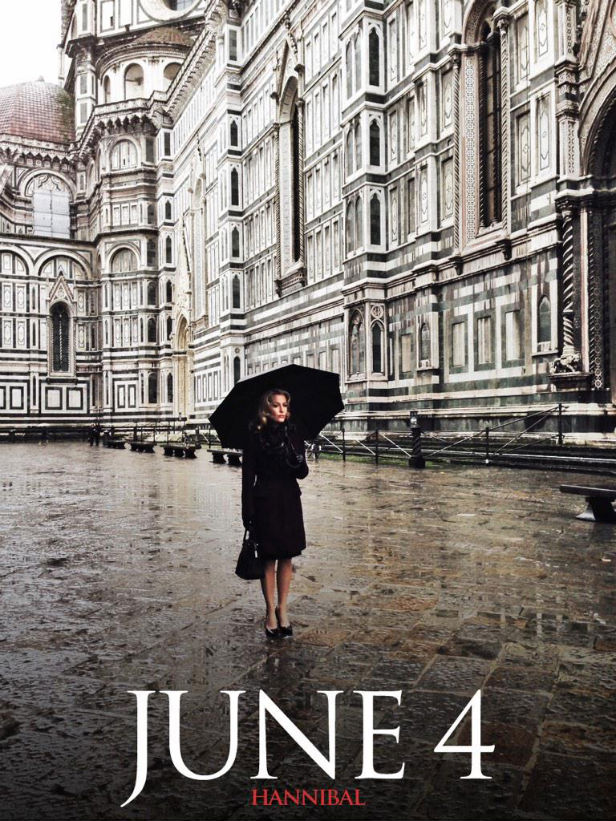 The US air date for Hannibal‘s third season has been revealed and (as you can see above), it’s June 4.

The news and new artwork (via Bloody Disgusting) confirms the early summer return in the US on NBC, but we’re still waiting to hear when it will come back in the UK. Fingers crossed that it won’t take as long as Season 2 did…

Mads Mikkelsen, Hugh Dancy, Laurence Fishburne and Caroline Dhavernas are joined by Gillian Anderson who’s been bumped up to a series regular, while this season will introduce characters from Red Dragon like Francis Dolarhyde (Richard Armitage) and Reba McClane (Rutina Wesley), as well as Cordell (Glenn Fleshler) from Hannibal and Chiyo (Tao Okamoto), who’s based on Lady Murasaki from Hannibal Rising. Katharine Isabelle returns as Margot Verger, while Joe Anderson (Horns) has replaced Michael Pitt as the sadistic Mason Verger.

Hannibal Season 3 begins on 4 June on NBC in the US and (hopefully) soon afterwards on Sky Living in the UK. Keep up with the latest genre TV news with the new issue of SciFiNow.