Dan Aykroyd, one of the original Ghostbusters, confirmed that he’s going to be cameoing in Paul Feig’s reboot via Twitter on Tuesday. 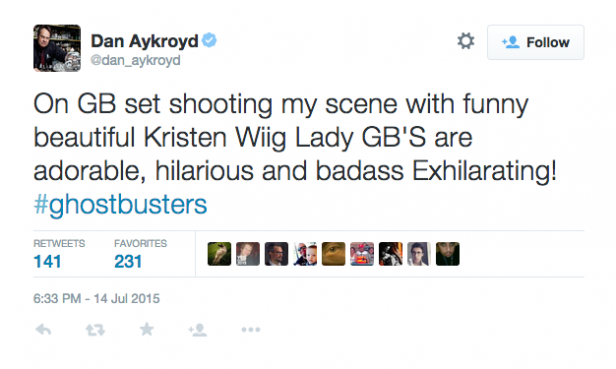 He deleted his tweet shortly afterwards, but EW confirmed his involvement in the new Ghostbusters with this representatives. Nothing is known for sure about his role in the film just yet, but there are rumours circulating that he’s playing a [don’t click the link if you don’t want to know!].

Ghostbusters is in cinemas on 22 July 2016. You can buy the original Ghostbusters and Ghostbusters II on Blu-ray for £6.99 from Amazon.co.uk. Get all the latest sci-fi news with every issue of SciFiNow.