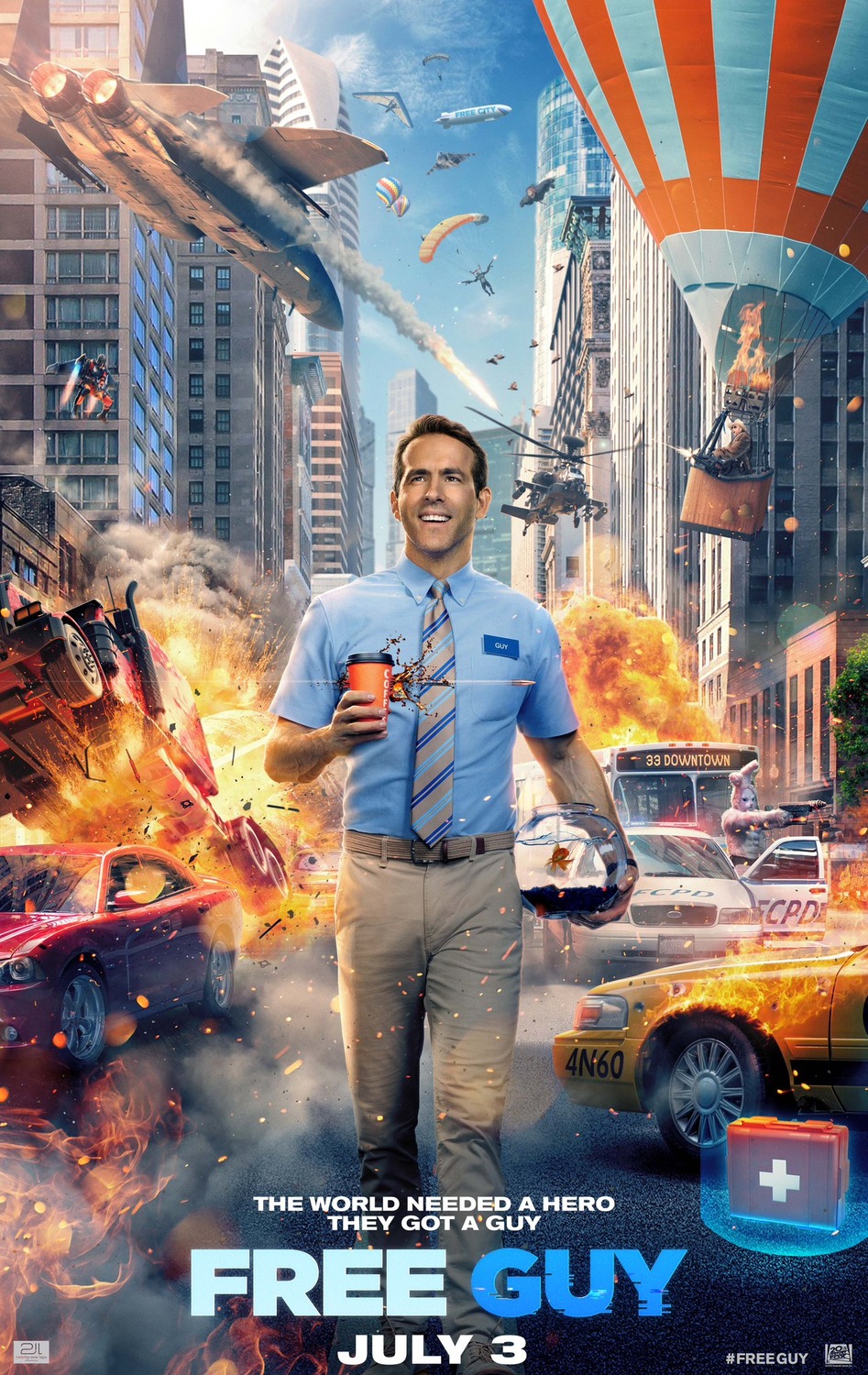 Ryan Reynolds stars as a non-player character (NPC) who evolves into a sentient piece of Artificial Intelligence in this fun if somewhat derivative fantasy action film set in the video-game world.

Slickly combining elements of The Lego Movie, The Truman Show, Ready Player One and more there’s lots of amusement to be had in watching Reynold’s bank teller background character Guy slowly become aware that he is a part of an extremely violent game called ‘Free City’, but as the film goes on its reliance on tired romantic comedy tropes makes certain character arcs reductive.

Taking all the good jokes for himself, Reynold’s co-star, the incredibly gifted comedic actor Jodie Comer gets short shrift in the ‘funny ha ha’ department, but she does get some entertaining action and fight sequences. Comer plays coder Millie in the real world who has hacked her way in to the game as a Lara Croft-like avatar called Molotov Girl. She’s on a mission to prove her and former colleague Keys (Stranger Things’ Joe Keery) work has been stolen and used in the Free City game.

Some of the supporting cast are wasted, including Taiki Waititi who gets a criminally unfunny role as the egomaniac boss of games company Soonami, but the scene stealing Channing Tatum in a big cameo role is a complete joy to watch as he shows off his expert physical comedy chops.

The world building is involving and knowingly, hilariously violent as it emulates games like Grand Theft Auto in its indifference to unfolding anarchy, and it’s enjoyable to watch the usual norms subverted with Guy collecting points for being a ‘good guy’, but it is sometimes cringing in its references to Marvel and Star Wars.

Despite all of Free Guy’s exciting cutting-edge CGI delivery, the screenplay by Matt Lieberman and Zak Penn feels a tad out of touch with the modern world.

Free Guy is out in cinemas on 13 August.