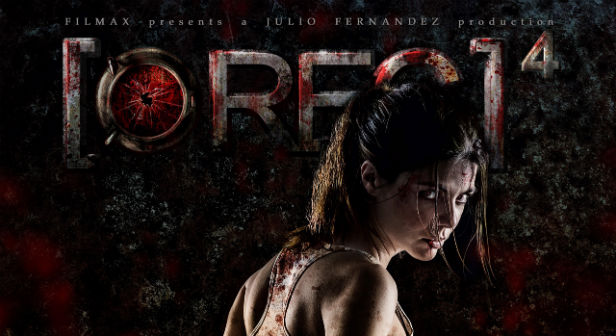 It’s that time of year again: Film4 FrightFest is heading to Glasgow for its 10th year. Horror fans can prepare themselves for three days of the latest genre films from around the world, with three world premieres, two European premieres and six UK premieres.

On Thursday 26 February, FrightFest Glasgow kicks off with Brad Anderson’s Edgar Allan Poe-inspired Eliza Graves, starring Jim Sturgess, Kate Beckinsale, Sir Ben Kingsley and Sir Michael Caine, in which a young doctor finds an asylum’s medical staff might not be the professionals they claim to be.

Friday starts with The Atticus Institute from Buried co-writer Chris Sparling. The 1976-set movie finds a Pennsylvania psychology lab become home to a government confirmed case of possession. Next up is The Hoarder, starring Mischa Barton as a young woman who will regret entering a storage facility.

The much-buzzed Australian zombie movie Wyrmwood is next; Kiah and Tristan Roache-Turner’s splatter comedy is getting great word of mouth and promises to be a special kind of insanity. It’s followed by April Mullen’s exploitation revenge movie throwback 88, starring Ginger Snaps and American Mary’s Katharine Isabelle. Finally, Marcus Nispel’s The Asylum makes its European premiere, and we hope that the film (previously titled Backmask) sees the Texas Chainsaw Massacre remake director back on form.

You’ll want to get up early on Saturday for the UK premiere of the Eli Roth-produced Clown. If you’re not intrigued by the possibilities of a man being put through a body horror transformation by his clown costume, you’re at the wrong festival. It’s followed by a retrospective of Mario Bava’s masterful Blood And Black Lace, which is an absolute must-see.

We’re very excited about Blair Witch documentary The Woods Movie, which will take us back to Burkitsville (in a good way, not like Book Of Shadows) and explore the low-budget phenomenon. Acclaimed serial killer film The Treatment (based on the novel by Mo Hayder) is up next, and it’s furiously chased up by the UK premiere of [REC]: Apocalypse, which threatens to be the final chapter in the Spanish zombie saga and should close out the series in style. Finally, There Are Monsters closes the festival, which is described as “an instant cult classic and one of the scariest ‘under the radar’ movies of the year.”

Last year offered surprises like Proxy and Altered; we can’t wait to see what this year’s line-up will go on to emerge as the best of the pack. Festival tickets go on sale tomorrow and the guest line-up will be announced soon. Bring on February.