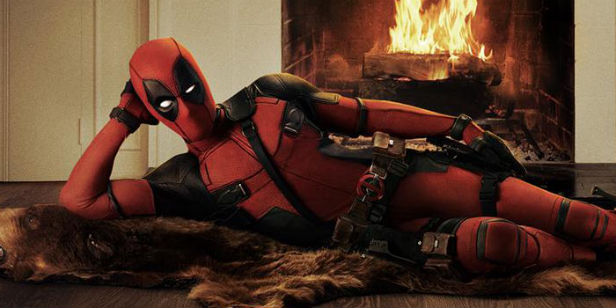 Details continue to tumble out of the Deadpool production and if you’re looking forward to the film, you’re going to want to follow Ryan Reynolds on Twitter.

Asked by a fan if the film was going to be a PG-13, Reynolds replied that the question has not yet been answered…

“@DPklok051: Is it going to be rated R or PG-13?” I want #Deadpool to be R. Always have. Fighting the good fight still. Lotta yelling today.

He also tweeted this adorable pic, which we’re including just because.

This stud out-benched me in the gym Sunday. Nice meeting you Adley.pic.twitter.com/wi4p9SVbz2”

THR also reports that a new mutant has been cast: Negasonic Teenage Warhead. Created by Grant Morrison, the “telepath with precognitive abilities” will be played by Brianna Hildebrand, who only has two in-production credits on her IMDB.

There’s also a new logo for the film (via SlashFilm)

“Based upon Marvel Comics’ most unconventional anti-hero, Deadpool tells the origin story of former Special Forces operative turned mercenary Wade Wilson, who after being subjected to a rogue experiment that leaves him with accelerated healing powers, adopts the alter ego Deadpool. Armed with his new abilities and a dark, twisted sense of humor, Deadpool hunts down the man who nearly destroyed his life.”

Deadpool will be released in cinemas on 12 February 2016. Get all the latest superhero news with every new issue of SciFiNow.