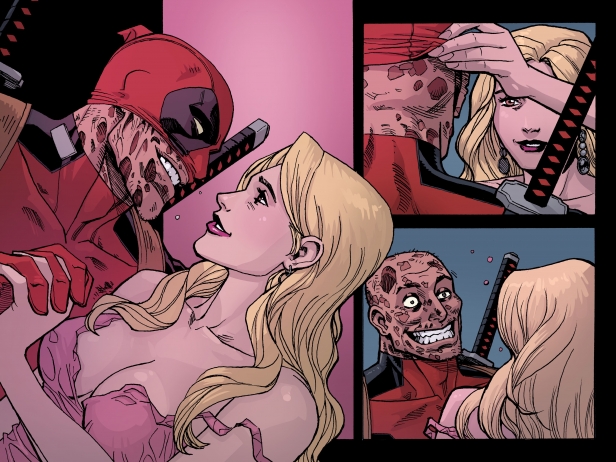 Last week, ProductionWeekly.com revealed that Tim Miller’s Deadpool movie is operating under the working title Wham! Since then some interesting casting calls for the project have popped up on Casting247.net. The character descriptions currently include placeholder names, but they still tease possible Marvel characters that could be appearing in the film…

[RIDGE] Any ethnicity, early 30s to early 50s. Big, muscular, dangerous, violent, vain, insecure and more than a bit of a dick…. but with a sense of humor. He is not a psychopath, he’s practical but morally neutral—he doesn’t enjoy torturing people, he just doesn’t care. ROLE REQUIRES THREE SEQUEL OPTIONS.

[LINDSAY] Any ethnicity, 20s, attractive and worldly. Smart, tough, beautiful but a little bit broken. Nothing has ever been easy for her and she’s developed a thick skin and cynical outlook. But she’s not a victim—she may not have a great life but she’s holding it together and does what she needs to get by. She’s got a great sense of humor but it leans heavily towards irony and sarcasm. ROLE REQUIRES THREE SEQUEL OPTIONS.

[SIMON] Any ethnicity, late 20s to early 40s. Quirky, great sense of humor. Smart, funny, but more than a little bit slippery. Fast talker, always looking to make a buck. He looks out for himself first and foremost, but reveals loyalty at the end of the day. ROLE REQUIRES THREE SEQUEL OPTIONS.