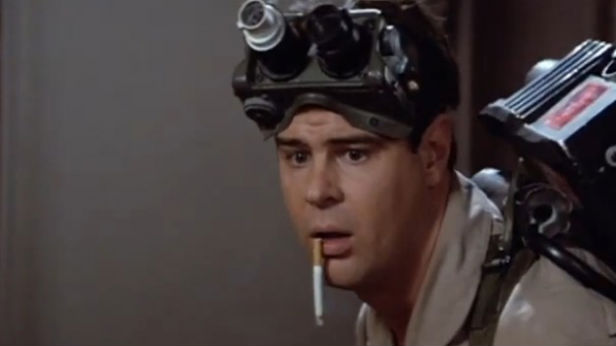 Dan Aykroyd has spoken about his feelings towards the new Ghostbusters directed by Paul Feig and starring Kristen Wiig, Melissa McCarthy, Leslie Jones and Kate McKinnon, and he’s dropped some clues about the franchise’s future.

The Interro Bang reported on his appearance on Unmasked With Rob Bennington, where the actor discussed how Ghostbusters needed a fresh start.

“I can tell you, as the originator, I’m very happy with what [Feig’s] done,” he said. “It’s very tasteful. And it needed a reworking. The thing needed a new engine. You know? It needed new exhaust. It needed new steering. And this is what we’re getting.”

He also made it clear that the new film is a reboot. “It’s as if the first two movies don’t exist and as if this is a whole parallel reality where for the first time the Ghostbusters exist and they’re women in this environment that’s a lot different than the first two.”

Aykroyd revealed that he would be working on the script with Feig and Kate Dippold, and made it clear that he fully supports the new cast. “The real reality in fact of the third movie with this tremendous cast of women, Melissa McCarthy, Kate McKinnon, Leslie Jones and Kristen Wiig. . . I’ve got three daughters, so I’m all for female empowerment…[Feig] establishes the voices beautifully in these characters. Now of course, he’s got masters playing the roles for him, so this is going to really work in our favor for the third movie.”

Finally, he revealed that he hopes that this new film will give his long-planned Ghostbusters 3 a push towards becoming a reality. “I’ve written, well, there’s three drafts of the old concept that exists. And we’re going to be able to salvage some of it and use it. Yeah, we’re gonna be able to use it some day. Let’s get this one made and that will reinvigorate the franchise and then we’ll go on to maybe doing a more conventional third sequel as we were planning and another idea I have for it.”