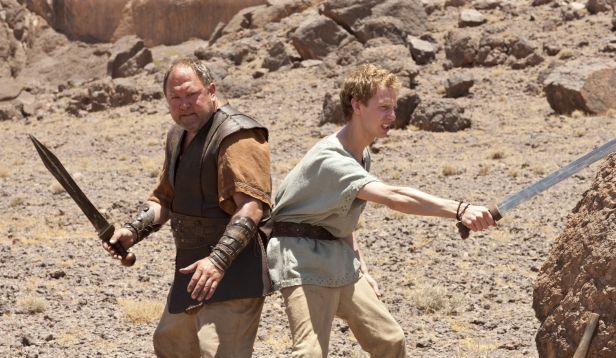 After this current series, there will be no more Atlantis, the BBC has confirmed.

The fantasy adventure show, starring Jack Donnelly, Robert Emms and Mark Addy, is currently in its second series but will not be renewed for a third run.

“The final seven episodes of Atlantis will transmit on BBC One in spring,” a BBC spokesperson told Digital Spy. “We would like to thank Urban Myth Films and all the cast and crew but the series will not be re-commissioned.

“We are very proud of both series but to keep increasing the range of BBC One drama we have to make difficult decisions to bring new shows through.”

This news comes soon after the announcement that BBC Three had axed In The Flesh in order to make room for new dramas, which is fair enough but we can still weep.

Watch this fun fan vid while you bask in Atlantis-induced tears:

Atlantis Series 2 continues later in the Spring. You can buy Atlantis Series 1 on DVD for £12.52 from Amazon.co.uk. Get all the latest fantasy news with every new issue of SciFiNow.