Get your Ash Vs Evil Dead fix with this brand new trailer for Season 3, which hits Starz on 25 February:

There’s also a new poster if you fancy it: 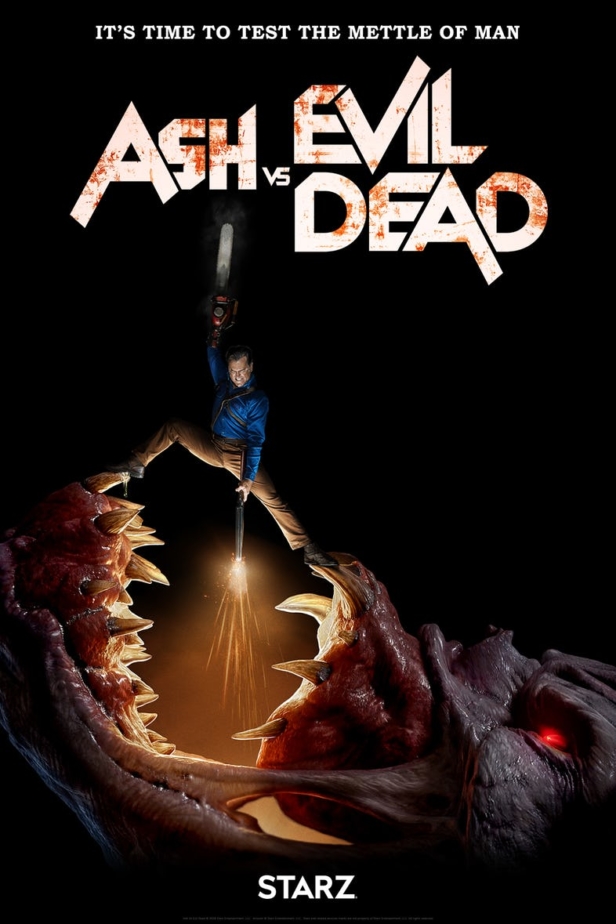 And here’s the synopsis for the season:

The third season finds Ash, having gone from murderous urban legend to humanity-saving hometown hero, discovering that he has a long lost daughter who’s been entrusted in his care. When Kelly witnesses a televised massacre with Ruby’s fingerprints all over it, she returns with a new friend to warn Ash and Pablo that evil isn’t done with them yet. Blood is thicker than water in the battle of good vs Evil Dead.

Ash Vs Evil Dead Season 3 premieres on 25 February on Starz in the US and soon after on Virgin Media On Demand in the UK. Get all the latest horror news with every issue of SciFiNow.