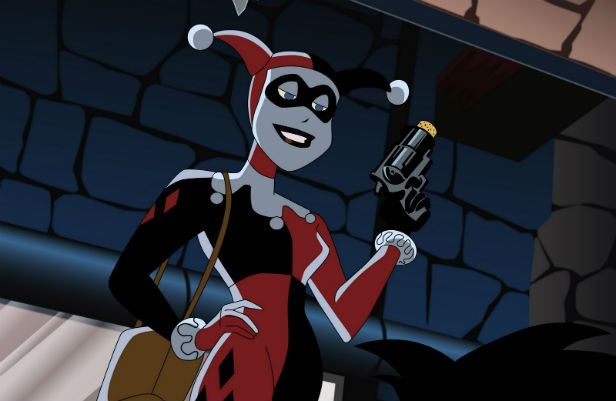 Arrow isn’t exactly shy about packing in heroes and villains from around the DC universe, but there’s one character that won’t be returning to the CW hit.

Digital Spy reports that the show has been told that they can’t use Harley Quinn, who previously had a cameo of sorts (shot from behind), because the character will be appearing in Suicide Squad, played by Margot Robbie.

Speaking at MCM Expo, Willa Holland revealed that there were plans to include Ms Quinzel, but that they were shut down.

“We had big plans for Harley. But, I guess something came down from DC execs that told us to shut it down,” she said. “I mean we had that tease with the pigtails and the ARGUS outfit but, we’ll never see it. We would love to [have] Harley in Arrow, but it will never happen.”

Holland elaborated on the Suicide Squad in Arrow a little bit in this video from Flicks And The City.

Are you sad that Arrow won’t be featuring Harley Quinn? Or are you more excited to see Robbie’s take on the character in the Suicide Squad movie?

Find out more about the comics that inspired the series with the 100 All-Time Greatest Comics bookazine. Get all the latest TV sci-fi news with every issue of SciFiNow.