After literally years of development, directors and drama, Marvel finally gave us a proper look at Ant-Man. It’s a sort of out-of-the-blue film for the company, much like Guardians Of The Galaxy was, so we were expecting the trailer to have some out-of-the-blue motif along the lines of Guardians’ Ooga-Chakas. That wasn’t the case though, and we don’t really know what to make of it.

Here’s a breakdown of the trailer, highlighting questions and Things Of Note. 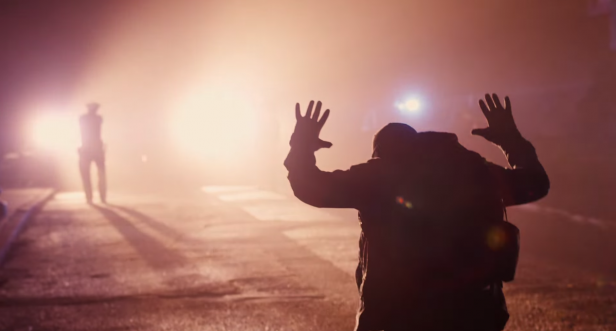 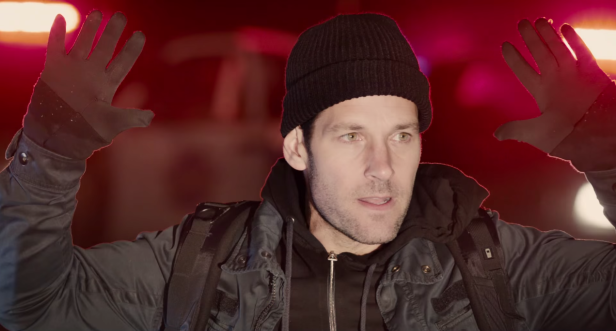 1. Enter Scott Lang (Paul Rudd). In Hank Pym’s day, Ant-Man was a nice science guy who just wanted to do science and help people. Lang, on the other hand, is a criminal, hence the police standoff. There’s likely going to be some hard and painful character development before Lang turns into the hero we all know he can be. 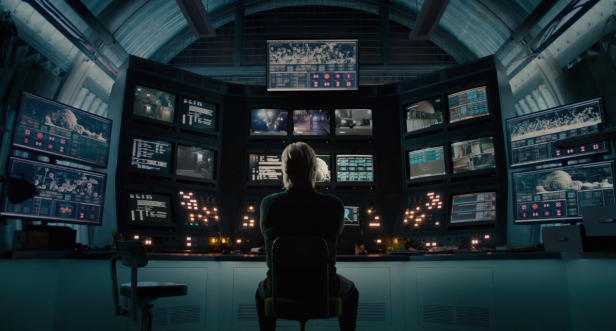 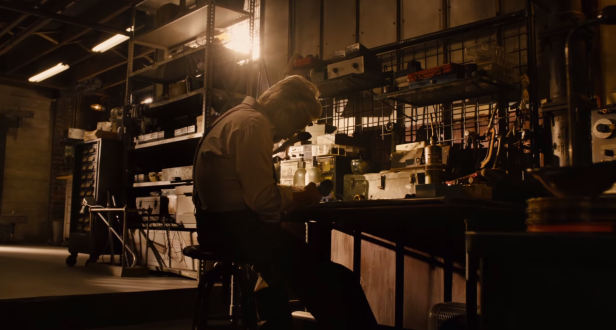 2. It’s everyone’s favourite Wall Street titan Michael Douglas! As the film revolves around Scott Lang’s time as Ant-Man, there’s room for an origin story about his mentor, the original Ant-Man Hank Pym in the future. We’re not saying it’s an amazing idea, but the option is still open. 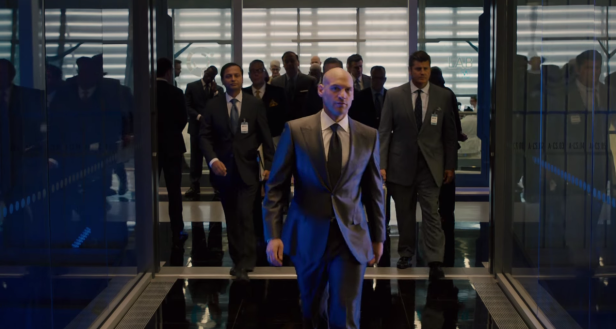 3. Darren Cross (Corey Stoll) makes a boss entrance, but there’s no sign of his film alter ego Yellowjacket. He’s rumoured to be showcasing as the main villian after a picture of someone in full Yellowjacket costume surfaced on Twitter last year. There’s also the fact that Yellowjacket appears on this official Ant-Man banner poster. 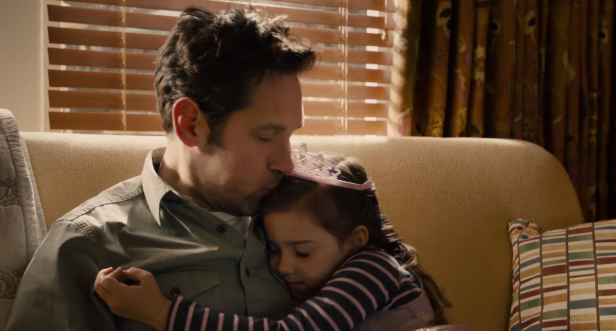 4. Scott Lang kissing a small girl in a princess tiara can only mean one thing: SERIOUS FATHER-DAUGHTER EMOTIONS. If this is going to be a family affair we’ll probably need to stockpile tissues. In the comics, Lang turned to burglary to support his family, which is sweet but still illegal. He’s going to have to work on that. 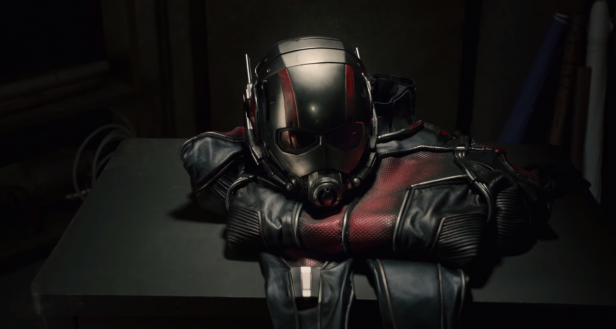 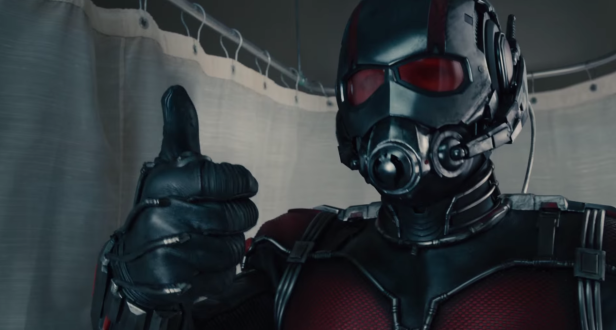 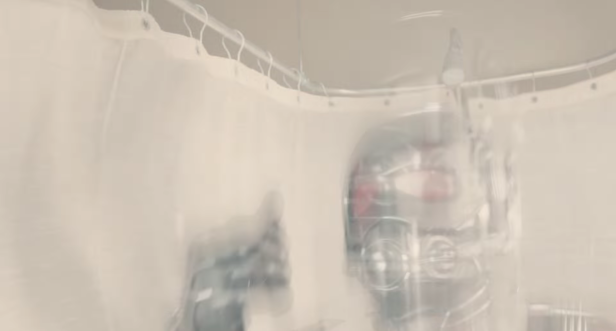 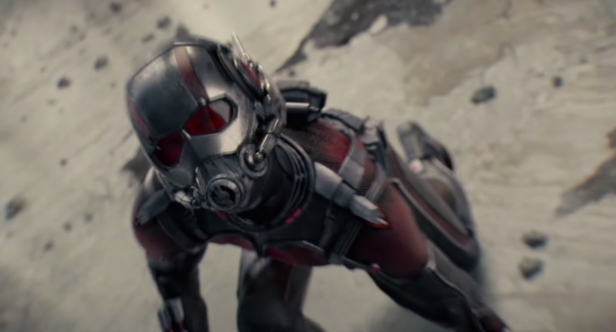 6. And just for giggles, here is Scott shrinking. 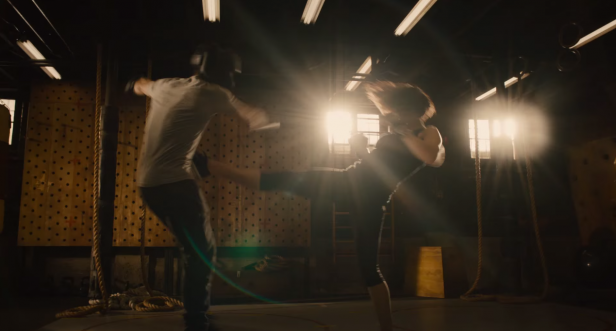 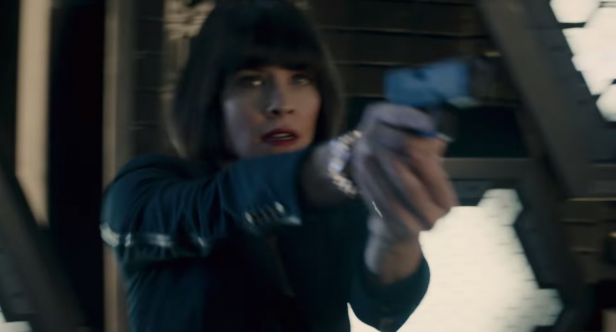 7. Let’s talk about Evangeline Lilly. She’s set to be playing Hope Van Dyne, the daughter of Hank Pym and Janet Van Dyne, a.k.a. Wasp. In the comics Hope usually goes by “Hope Pym”, taking her father’s surname. What is really interesting is the fact that the film has chosen to use her mother’s maiden name. The trailer shows she has obviously been training for something, but what? Could she be taking on her alter ego Red Queen? Or could she be following in her mother’s footsteps – like with her name – and picking up the Wasp costume? The latter seems most likely, if only because Evangeline’s movie hair is absolutely PERFECT for Wasp. 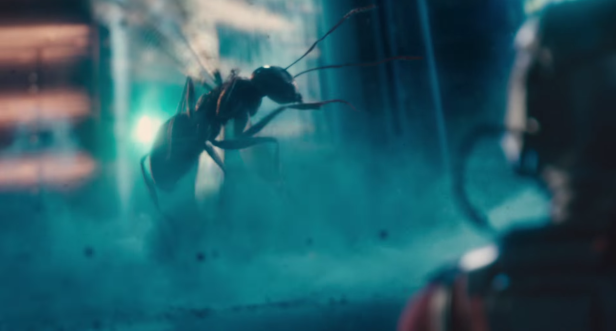 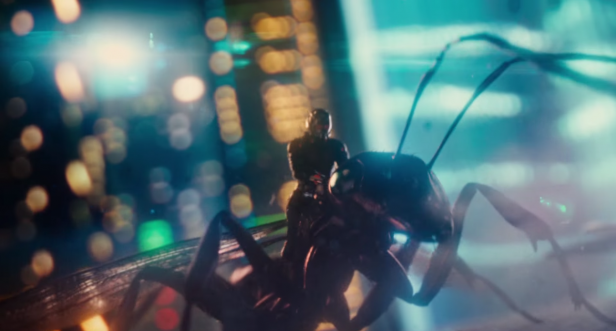 8. Ant-Man riding the flying ant, because it’s the best bit.

What do you think? Awesome? A bit weird? Not entirely sure what to think either way? Watch for yourself…

Ant-Man will be in cinemas on 17 July 2015. Find out more about the comics that inspired the film with the 100 All-Time Greatest Comics Bookazine. Get more superhero news with every issue of SciFiNow.