If you watched A Series Of Unfortunate Events Season 1, you’ve probably been counting down the days until 30 March when Season 2 lands on Netflix. For now, enjoy this new trailer:

And this matching poster to go with it: 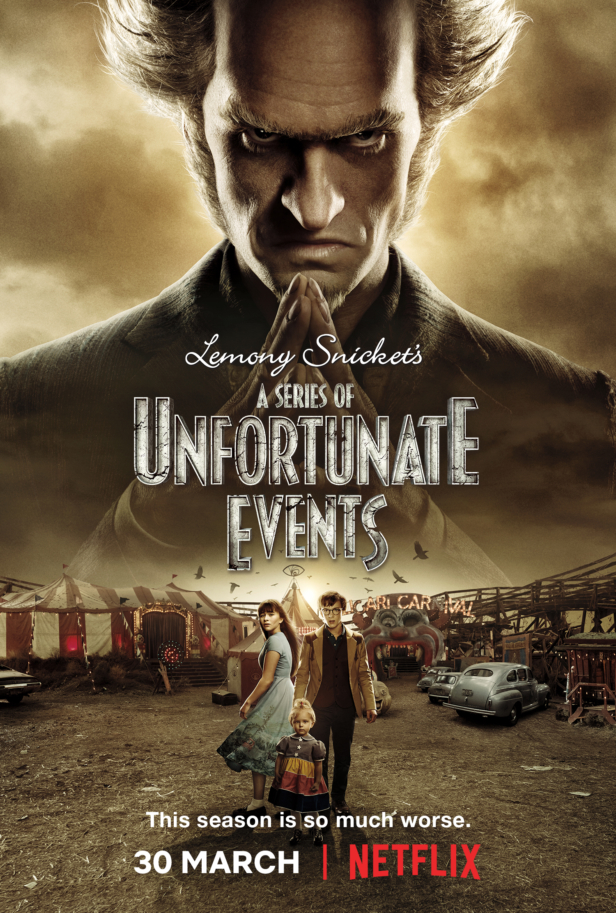 Here’s the synopsis for Season 2:

Based on the internationally best selling series of books, season two of the Netflix original series plunges further into the epic world of this darkly comedic mystery. Starring Emmy and Tony Award-winner Neil Patrick Harris, A Series of Unfortunate Events recounts the tragic tale of the Baudelaire orphans – Violet, Klaus, and Sunny – and their extraordinary encounters with the devious Count Olaf who will stop at nothing to get his hands on their inheritance. Foiling his many dastardly plans and disguises, the young siblings discover clues to their parents’ mysterious death, links to a covert organization, and begin to unlock long-held family secrets.

A Series Of Unfortunate Events Season 2 premieres on 30 March. Get all the latest fantasy news with every issue of SciFiNow.