Watts had to make this Spidey stand out, but it’s a tricky balancing act. After all, some parts of the Spider-Man world are pretty much set in stone. (“He has to shoot webs,” Watts deadpans.) Others, however, are flexible.

The main difference, of course, is that this time Peter Parker is in the Marvel universe. “He was always so lonely before,” Watts says. “In the other movies he was always the only superhero in the world, and that’s a different story.”

The other changes all came about from Watts’ approach to the character. “By being able to jump past the origin story we’re able to explore a side of Spider-Man that we haven’t really got to see that much. Having him be young and stay young is good. In the other two versions of Spider-Man he graduates really quickly. I was much more keen on spending time with him when he was still a kid. I thought there was a lot more to be mined from that.

“And then also capturing just the excitement of what it would feel like to be that age and have those amazing powers. That would be so fun, and I wanted to capture that spirit so that it didn’t feel too heavy. I mean, dramatic things happen and there’s a lot riding on him in the film but I didn’t want to weigh it down so much, at least at the beginning. I want to make sure that this is true to the experience, which would be so fun. If you were 15 and you were really strong and could swing from buildings – that would be great!” 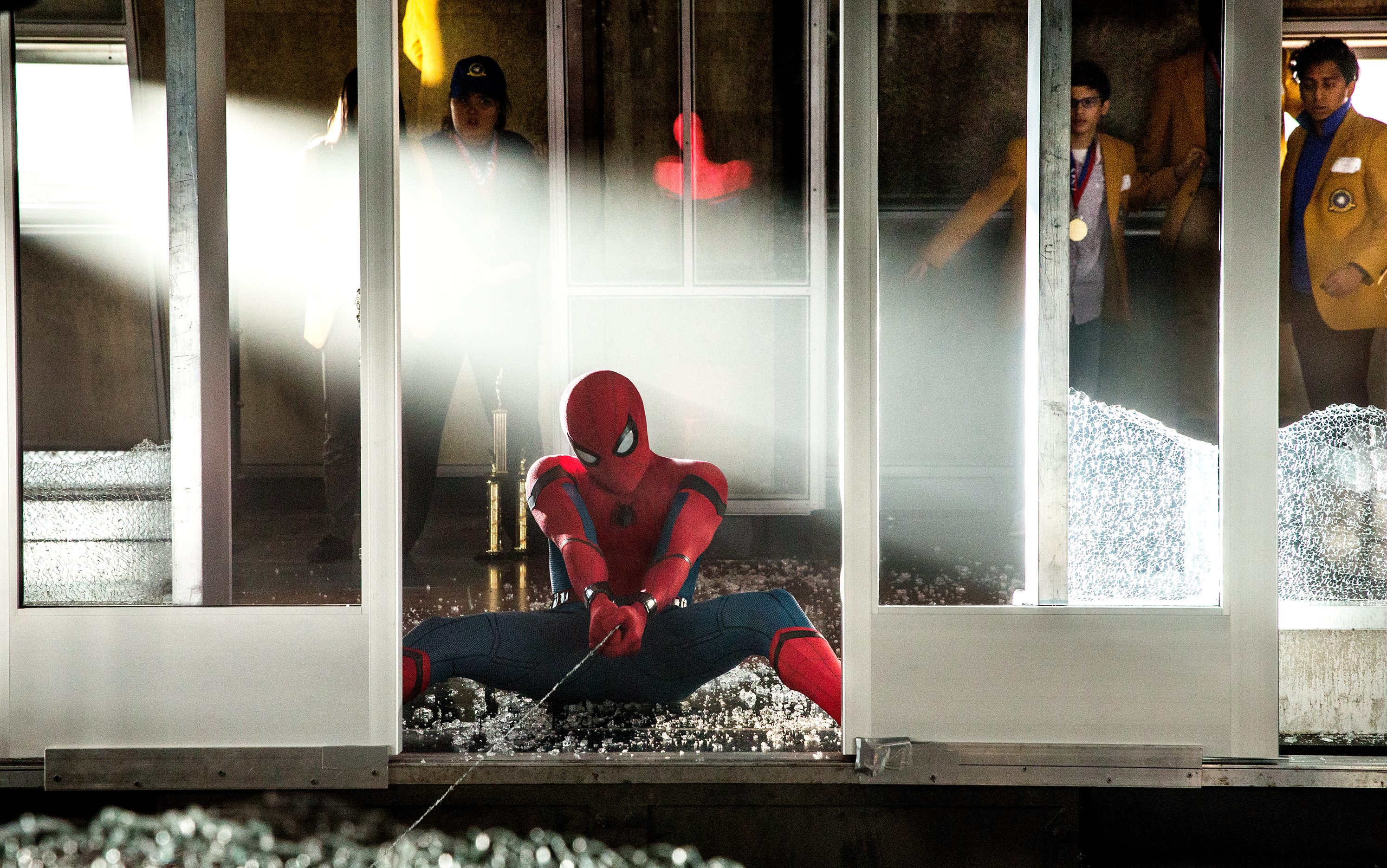 For Watts, who has lived in New York himself, he was keen to capture not a generic, tourist’s idea of New York, but the real Queens.

“We’ve seen him swinging from tall buildings in Midtown Manhattan before, so let’s take him to places where we haven’t seen him before… He’s from Queens so I wanted it to look and feel like Queens, and I think we were able to do that. It’s different. It’s not Manhattan. It’s a completely different place. It has its own look and its own style and I wanted to try to capture that as closely as possible.”

But the real selling point is, of course, the Marvel crossover element, and even Watts felt the thrill of that. “Being there and seeing Tony Stark and Peter Parker together, for the first time – I don’t think anyone was exactly sure what that was going to feel like until it happened, and then you see that in the moment while the cameras are rolling and you realise ‘oh, this is going to be a lot of fun’.”

Spider-Man: Homecoming is in cinemas from 5 July. Get all the latest superhero news with every issue of SciFiNow.