It may not have been at the Oscars last night, but the final Wolverine film premiered at the Berlin film festival to great acclaim. Logan is the first superhero movie to show at the prestigious festival and the great Sir Patrick Stewart was “thrilled” to be there, telling us, “It’s one of the most important film festivals in the calendar.”

As to why he thought it made the cut, he explains, “In part, Logan is a political movie. I don’t think that was ever quite the intention when it was initially being put together but it certainly looks it now. There’s always been the issue of the outsider, the different, the other and the ‘not one of us’ element has always been in these movies. It’s very important because it’s one of the blights on our planet – the suspicion and fear of the different. Who could have anticipated that on the one hand there would be a dangerous child in the White House and on the other hand the United Kingdom would be leading the break-up of the European Union?” 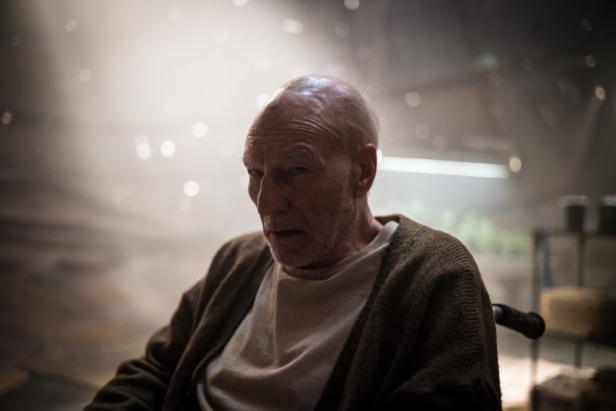 The film is set in the not too distant future, the year 2029, and Professor Charles Xavier is suffering from a degenerative brain disease and is being cared for by Logan, who’s not really in any fit state to be looking after anybody. Stewart explains how he approached the role of a man suffering from dementia and how he drew from previous acting experience stating, “As luck would have it I had been doing research. In 2013 Ian McKellen and I had done a double bill on Broadway of Waiting For Godot and Harold Pinter’s No Man’s Land. In that the character I play is a man who has an onset of dementia. Also in that play he was an alcoholic too. My research showed me that the combination of dementia and alcohol is a deadly one.”

Its quite the transformation from the Professor X the audience has seen in the previous X-Men films. Stewart explains that this version is, “Very different from the Charles Xavier we’ve got used to seeing: gentle, sensitive, dignified, compassionate and intellectual. The whole narrative of the screenplay was an intriguing and moving adventure. Charles’ frailty, confusion, loneliness and fear, his anger and turbulence were present from the very beginning of the screenplay. It was one big overwhelming experience to embody this very different Charles Xavier.” 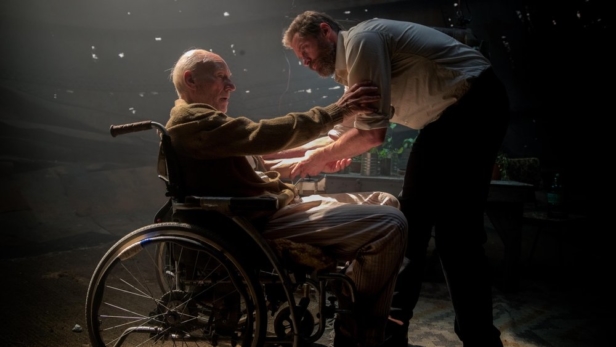 On first reading the screenplay, Stewart says, “The first big impact it had on me was reading the description of the location where my first scene took place. That it was an abandoned, almost destroyed fuel tank somewhere in the Mexican desert but not far from the American border and that the conditions Logan and Charles were living in were grim and dangerous. The first scene was fascinating because it’s got so much content, diversity and mood. There’s humour in it, there’s some violence. There’s a pathetic quality about it. There’s some truth telling. I think we worked on that scene for three days. It was so enjoyable, every aspect of it.”

Director James Mangold’s superhero film takes on the guise of a Western road movie, and at one point Charles is even seen watching Shane with his young co-star, the incredible Dafne Keen. It’s a very sweet scene in an otherwise brutal and dark film, and a moment that Stewart infused with his own personal experience of watching Shane first time around, explaining, “That has been one of my favourite films all my life. I can quote from it. I remember so vividly seeing that movie and indeed the line I have in the film is improvised. James said, ‘Why don’t you mention the fact that you saw it?’ and I said ‘I saw this movie when I was your age at the Essoldo Cinema, Dewsbury.’ He liked the line, but I’m not going to say Dewsbury because I don’t think Charles Xavier grew up in Dewsbury!”

Shane has a huge impact on Dafne Keen’s character, Laura, in the film and Stewart explains the first film he remembers to have that sort of impression on him was Elia Kazan’s On The Waterfront. He goes on to say, “I didn’t know that people made movies about people like me and my family. I didn’t know any mafia gang bosses but I did understand the working conditions of my parents, their pay and the constant fear of unemployment and being fired.”

Logan is released in cinemas on 1 March. Read our review here and keep up with the latest genre news with the new issue of SciFiNow.