Remainder is a tricky film to explain, but it’s one that you’re going to want to see. Based on the novel by Tom McCarthy, it starts with a man (Tom Sturridge) being hit on the head by a falling piece of masonry. When he wakes up from his coma several years later, all his memories are gone. What he does have is a pay-out of over £8 million.

He decides to use that money to chase the fragments of his past, by creating huge, elaborate reconstructions. Will he be able to create the perfect recreation? And what will happen when he does?

We talked to writer-director and acclaimed video artist Omer Fast about what drew him to the material, the messages he wanted to get across, and which part of his film is reminiscent of Star Wars.

How did you come to Remainder, or how did it come to you?

I came to it, and it came to me as well. I read the book and got in touch with Tom McCarthy, and we talked about doing a collaboration within an art project that I was planning. Remainder was optioned at the time, and he knew that I would be interested in collaborating, he’s done that with artists before. So the rights were optioned and somebody else was helming the project at the time, but they reached a dead end, I suppose. I had a show in London, they came to see it and they invited me to talk to them about the book.

What drew you to Tom McCarthy’s writing?

The book itself is very heady, very brainy, it’s very conceptually driven and I go for that. But I think it’s also quite perverse and very drily, darkly funny. And it deals with subjects that I’m very keen on and have been interested in in my work, so things like trauma, memory, repetition, the relationship between art and life, genre, style, all sorts of things that were very much relevant at the time and perhaps still are.

Could you tell us about the main character’s obsessive nature, his need to recreate and control?

For me, he’s trying to carve out a space for himself in the world, within a working society, within relationships. He’s bereft of his memories after the accident but more critically he’s kind of floating, he’s disconnected and he doesn’t have an anchored place in the world. And so he embarks on a do-it-yourself kind of therapy, and often uses the tactics and strategy of, for lack of a better word, contemporary art but also avant-garde theatre.

We think of “happenings,” we think of bringing the theatrical into life and he uses those tools to find that place and establish it, create it for himself. The protagonist in the book is extremely chatty, he’s constantly talking to you the reader. He doesn’t talk that much with other people, but you have a very, very clear sense of his thoughts, his voice, his peculiar perspective, and we decided to throttle all of that in the movie. He doesn’t talk as much, and I didn’t want to make a voiceover-driven film, so you’re left with a very silent narrator. You have to figure out what he’s doing. 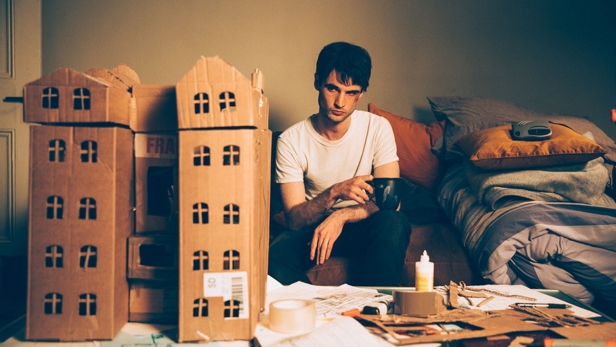 Was it difficult to find an actor who could make that uncommunicative character compelling?

Yeah, in the book he’s kind of an everyman and his troubles are with authenticity. He’s got this sidekick, Greg, who tells him “You know you’re not different from everyone else, you’re just more normal than everyone else.”

So we were looking for normal people for a little while and Tom Sturridge came in to a reading, and he doesn’t really look normal because he’s so fucking pretty! But he’s extremely charismatic and even in a room with a shitty camera that you get when you do a casting, you really want to figure out what’s going on in his head. So I took him despite his looks!

I loved the relationship between him and the character of Naz, played by Arsher Ali, how he gets completely wrapped up in it all.

In the book and even more so this movie, I hope, there’s a social sort of dimension to what’s happening. It’s not happening in a vacuum, it’s not happening in outer space. It is a relatively contemporary tale and it deals with the social implications of what his obsession is all about. And one of them is, if we think about genre and we think about crime, we think about robbing a bank, there’s also this whole genre of the buddy film, having a white protagonist enabled by, or friends with, somebody who, in the US, you would call a person of colour.

So I was very interested in talking about this dynamic in a sort of a subtext. Understanding and fleshing out a little bit what this dual obsession was all about. In the book there’s not much between the two characters, each is a bit of an island. The protagonist is very much keen to realise his visions and he needs help, so Naz is the ultimate enabler, a producer, almost an automaton.

Actually, in science fiction, you think about Star Wars, there’s the character of Lando and he’s got this city and he’s got this white sidekick. And I always thought of that character of being in some respects similar to Naz. A person who’s in some sense machine-like or robotic, at least that’s the way he’s presented in the book, but I wanted to flesh him out a little bit more. So he’s given this kind of physical angle. He is one of the people who is in the intimate circle of the protagonist and as they get increasingly carried away by their desire to recreate things, they’re drawn closer to each other. So that’s kind of what the dynamic is about in a very wild and random way! 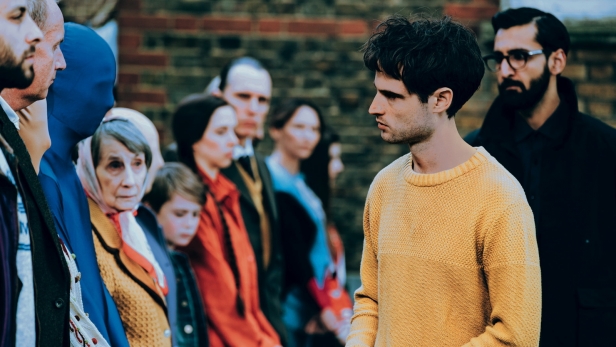 You mentioned the social implications, there’s definitely an element of that in the way the character uses his wealth to, for example, buy a block of flats and kick everyone out.

Definitely. Yeah, this was another aspect of it. I think of it in a way, and this is not the lead instrument, but in the background there are these social aspects to the story. And so his own obsession and sort of artistic endeavours have in a sense mirrored a process that we can call gentrification. He’s obviously white, he’s obviously wealthy, he’s obviously disconnected from the location that he’s interested in acquiring, and the kind of ideas that he has about that location are foreign to the people living in it.

It’s obviously not the main issue but it was important to at least have those images in the periphery so you see that people must move out. They’re alluded to. You see them on the periphery and you see that, in order to realise his fantasies, he needs to displace people and eventually kill people. So there is a process where gentrification turns violent.

It’s a bit of a fairytale, I think the film also has a postcolonial angle in a way, but it was important to connect those dots in a subliminal but kind of underhanded way.

The film’s very funny in places, particularly the sequence with the cats. Was it important to retain that humour from the novel?

Oh yeah, absolutely. And I think the book is funnier. It’s very dry humour and it’s really tough to pull off as a performance, and to Tom and Arsher’s credit, they do manage to bring that out. But the book is really full of it. It’s about a kind of slapstick collision between someone’s fantasies and a reality that resists him, and whether the reality that resists him is just because material reality is difficult to bend to one’s will. That is ripe territory to mine for humour, so there is not just a portrait of someone who’s been traumatised by an accident and is literally trying to pick up the shards of the pieces and put them together in some way, but also how that process is, not futile of course, but it does have a comic sort of side to it. 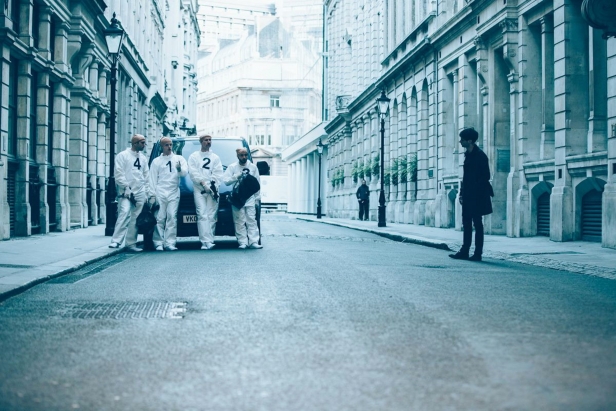 How involved was Tom McCarthy with the film?

Tom was helpful, he helped me digest the book initially, so when originally the production company said “OK, let’s develop this together,” I obviously went to Tom. We sat down and we kind of created a visual roadmap of what Remainder was like, listing characters and events and creating a tangled graphic map of what that book is. Unfortunately I didn’t keep that!

He was helpful but also extremely smart about not getting too involved in the adaptation process because it tends to be long winded, complex and sort of a negotiation or a balancing act between different ideas about what the book is and what a film might be and how to put it all together.

This is your first narrative feature film. What surprised you the most about the process?

It’s connected to the point where I just left off. It’s literally developing material in a process involving other people, people who are very much involved in, basically, writing a script. I’m not used to that, I usually make my short films for art contacts and the financing that I get is not attached with any strings, so I just need to complete it for the exhibition and there’s no involvement in terms of content and in terms of production. So there’s more freedom but there’s less means, I suppose. So I was not used to that.

Adapting another work is also new, I usually write my own things. Sometimes I adapt scripts, interviews I have with people working between a documentary and a fiction mode, these kinds of things. And maybe the length of it all, because during the making of Remainder I had time to make three other films, and the entire process is much longer than what I’m used to.

How have you found the reaction to Remainder?

I’m shielded from that partly because I want to be. So I really avoid reviews, I’m afraid to say that I won’t read whatever it is you write because I find that in a way stressful or… it’s not a good use of time, you know? [laughs] It’s like you’ve been in a relationship and then afterwards that relationship is reviewed by the person who’s been involved with you and all the friends and people who may not know you.

For me the project, making these things, the involvement is so intense that when it’s over I’m happy to move on, I don’t want to constantly revisit it. So I don’t know. Of course I hear good things, I hear bad things and everything in the middle but I really try to filter that out or to shield that out in a way.

Remainder is released in cinemas on 24 June in the UK. Keep up with the latest genre news with the new issue of SciFiNow.