It’s been well over a year since Ron Howard first expressed interest in adapting my Orbit Books novel The Last Days Of Jack Sparks, but the passing of time doesn’t make that feel any less surreal. Furthermore, in the last few months, Ron has optioned the book and I’ve started to write the script.

Just for the absolute avoidance of doubt: this is not Ron Howard the popular Lowestoft greengrocer, or Ron Howard the notorious dishevelled gentleman who regularly shouts weird stuff in Sainsbury’s of Camden Town. Yes, we really are talking about Ron Howard the director of Apollo 13, Backdraft, A Beautiful Mind, Frost/Nixon and the Da Vinci Code movies.

When The Last Days Of Jack Sparks was first published in March 2016, my US manager Lawrence Mattis sent the book around Hollywood. Lawrence is well-connected in Tinseltown, being a partner at Circle Of Confusion, who co-produce The Walking Dead among many other wondrous things. I was introduced to Lawrence by my tremendous UK literary agent Oli Munson. So Lawrence attracted some interest on the book from some very exciting entities, one of whom was Ron Howard and Brian Glazer’s company Imagine Entertainment. As you might expect, I may have needed a sit down and a stiff drink at this point.

It goes without saying that we had to go with Ron Howard’s company. I mean, Ron Howard! This was the kind of decision that the expression no-brainer was surely made for.

On June 25 2016, I first met Ron for lunch at a London restaurant. I’ll admit I had to psych myself up for a while beforehand, walking around the block a few times. Yet once I sat down with this filmmaking legend, it all became very easy. For one thing, I’d half-expected an A-list Hollywood director like Ron to have an entourage, but it was just him and me at the table throughout. He’s extraordinarily respectful and down to Earth, perhaps partly because he moved out of Hollywood early on. He’s also very chatty and asks a lot of questions, as opposed to talking about himself, which you might anticipate from other cigar-chomping directors of his stature. Two hours flew by, and I was astounded and so pleased that Ron had clearly read The Last Days Of Jack Sparks himself, rather than have a small army of reader elves do the job for him. His enthusiasm for the story, and especially for the character of Jack, was really wonderful.

What followed were several conference calls with Ron and his brilliant Imagine executives Erica Huggins and Julie Oh. I had breakfast with Ron at the Dorchester Hotel (surely life doesn’t get any fancier or schmancier than that) and, most recently, spent four days in his company, during which we pulled the whole story apart, free-associated around it, and slotted it back together again. That was such an amazing experience, to collaborate with one of the very sharpest minds in cinema. That also happened during June 2017, the week before Ron got whisked off to a galaxy far, far away to finish off the Han Solo movie!

While Ron feels the force over at Pinewood Studios, I’m very much feeling the keys of my keyboard down here in Brighton, hammering away at the Jack Sparks script. As with any movie, there are a hundred reasons why this project may not ultimately find its way to the screen, but right now I’m very happy. It’s great that Ron’s patronage has already led lots of new readers to discover the story of Jack Sparks, the arrogant social media celebrity who sets out to debunk the supernatural, only to wind up dead. (No, that’s not a spoiler – we establish his death in the first sentence!)

If you haven’t had the pleasure of Jack’s company, why not check him out? I can’t promise you’ll find him an entirely polite host, but I do hope he’ll show you a Devil of a good time… 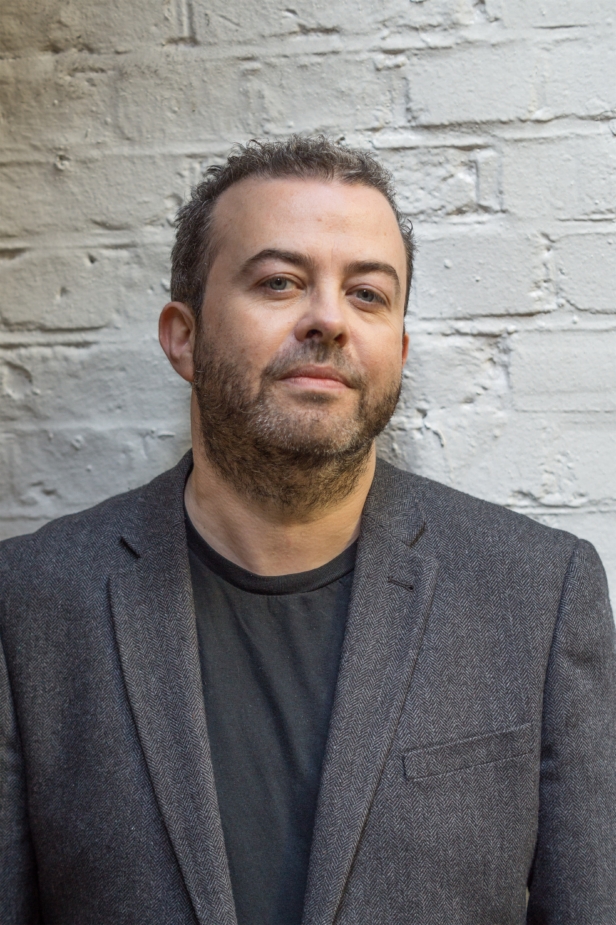 Get a free book when you sign up to Jason Arnopp’s newsletter: jasonarnopp.com/mailing-list