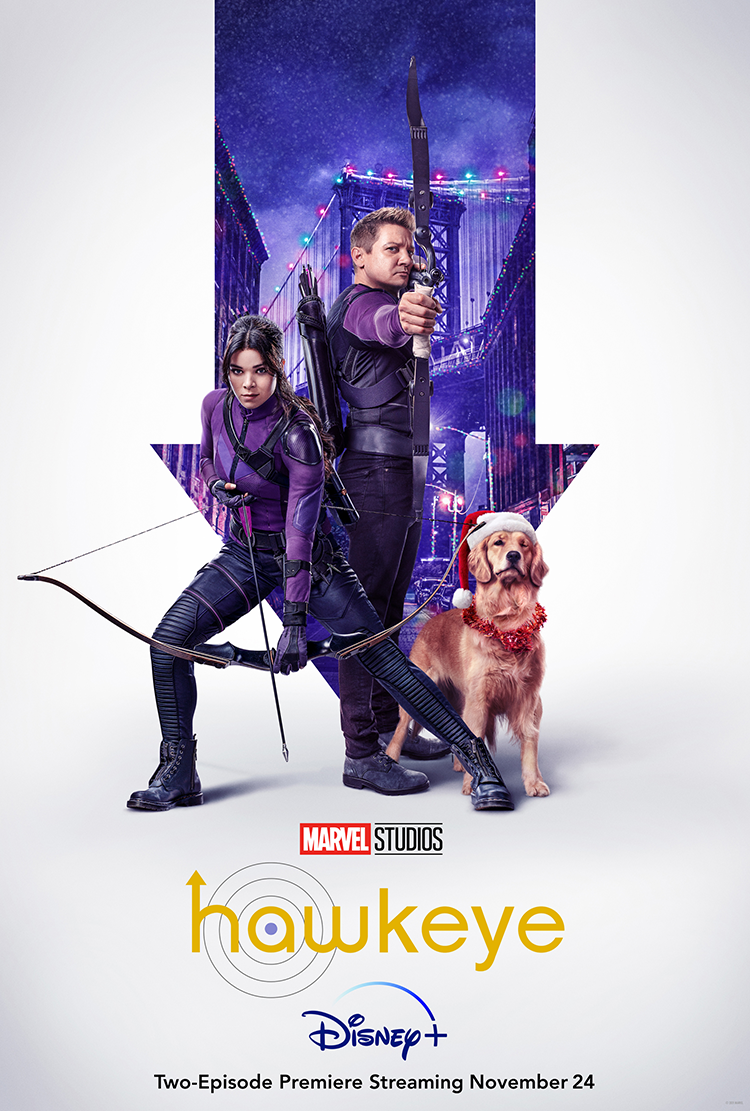 With the slew of Marvel TV shows coming our way this year via Disney+, shining a spotlight on some of the MCU’s most beloved side characters, it is perhaps not overly unfair to say a Hawkeye show wasn’t up there on the most-desired. As one of the Avengers’ most straight-laced characters (to be fair, he is up against tech billionaires, Norse gods and genius scientists), a series focusing on family man Clint Barton (Jeremy Renner) didn’t feel overly exciting. However, it’s in that simplicity that Hawkeye really shines, making it a series unlike any of the other Marvel shows we’ve seen so far.

Set in post-Blip New York during the run-up to Christmas, Hawkeye finds Clint is busy promising his three kids all the wonderful activities they’ll be doing that holiday season. However, at the very same time, rich kid archer enthusiast (and Hawkeye fan), Kate Bishop (Hailee Steinfeld) finds herself in possession of Clint’s old Ronin costume (you remember during the Blip when Clint went all vigilante on us?). Feeling herself something of a superhero, Bishop takes on a few bad guys while wearing the costume, putting herself squarely in the path of Ronin’s many MANY enemies. Soon Clint finds himself having to break his promises to his kids in order to stop Bishop from becoming a target. Will he help her in time to make it home for Christmas?

A show set in New York over Christmas time immediately gives you the warm and fuzzies. There’s Christmas music, there are baubles, there’s a gingerbread house – this is a show that knows what audiences want during the holiday season and it delivers.

Leap-frogging off the back of festive double-handers like Planes, Trains And Automobiles and Trading Places, Clint and Kate’s bickering relationship adds to the festival feelings and then some. Throw in genuine laughs, an adorable pizza-eating pooch, an Avengers musical (Hulk smaaaaaaaaaaaash!) plus a re-visit of some of The Avengers’ most iconic moments and we have a show that audiences will delight in.

Hawkeye debuts exclusively on Disney+ on 24 November 2021. Find out more with our interview with series head director Rhys Thomas here.