“I felt like it had to be no holds barred,” Alice Lowe tells us. “That was always going to be the trick, getting people to swallow…or maybe not swallow, maybe gag on it as well. Pregnancy is a violent act in some ways, women die giving birth, there’s blood and there’s gore. A lot of the stuff about pregnancy finishes at pregnancy, you don’t see any of the truth of it, so that needs to be reflected with the violence in the film. It needs to be like walking into the operating theatre when someone’s having a caesarean, you’re going to see it, the truth will out. I didn’t want to shy away from anything.”

We’re talking to Lowe about her outstanding film Prevenge, which has wowed festivals around the world and is finally released in the UK on Friday. She wrote, directed and starred as Ruth, a heavily pregnant woman who has a list of people to kill, driven on the by the ferocious voice of her unborn child. The film was made while she was seven to eight months pregnant, and when we meet her in a London café, her daughter comes along too. “She’s so nice, she’s so smiley!” laughs Lowe. “She’s a really well behaved baby, and I wrote a whole film about how evil she is.”

Lowe’s been a consistently brilliant onscreen presence in film and TV for years. Genre fans will know her from her work on Sightseers (which she co-wrote with Steve Oram) and TV shows like Garth Marenghi’s Darkplace, but she tells us that she was itching to direct. “I didn’t necessarily think I was going to do it pregnant!” she explains. “But you think ‘Well, if I take on this challenge, there’s no one that can say to me you’re not good enough to do this now.’ Of course, the gamble is that it’s a pile of shit and you’re so pregnant that you’re really ill, but in a weird way I was relaxed about that because the baby’s more important than the film, so I was like, ‘If the film goes to shit it doesn’t matter,’ and that was quite liberating.”

It definitely didn’t go to shit. Prevenge is a superb piece of darkly comic horror that expertly juggles laughs, shocks and moments of pathos. It’s tonally and stylistically ambitious, and Lowe’s Ruth is a fantastic creation: driven but complex, and deadly. Having dedicated a long time to developing her character in Sightseers, there was not the same luxury on Prevenge.

“I didn’t really have any time to spend on it,” Lowe remembers. “I basically had to draw on what was happening to me, because I was six months when I pitched the idea, and then I said ‘If we’re going to do it, we’ve got to do it in the next two months.’ But as soon as I thought of the character I kind of knew who she was. It was all the stubborn resistance to change and transformation that happens when you have a baby. I wanted her to be the absolute opposite of what the stereotype of a pregnant mother is, all this sweetness, self-sacrifice, kindness and generosity, I wanted her to be this merciless, nihilistic, depressed, negative character. There’s no glimmer of light, which is why I called her Ruth, because she’s ruthless. There’s no clemency within her whatsoever.” 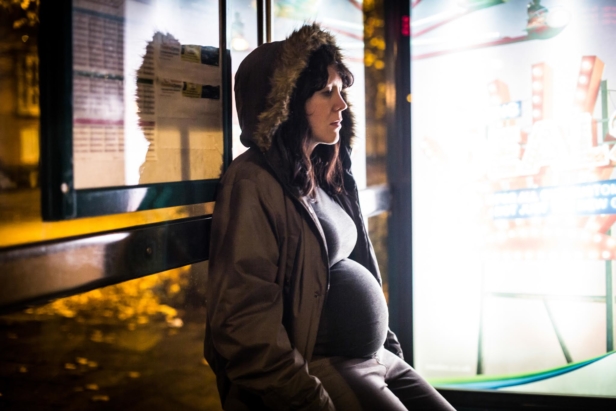 As relentless and brutal as Ruth is, the film’s tonal shifts and Lowe’s performance make Prevenge a complex revenge film. Ruth is doing terrible things, but our sympathies keep shifting back to her…until she does something awful again. “I’m kind of playing a bit of a mean trick on the audience,” Lowe enthuses. “I’m always making them feel like they’re being pulled one way and taking the rug out from under their feet. I wanted it to be unsettling. Maybe you think that she’s a radical feminist and she’s killing off these men, and I’m like ‘No!’ and she kills a woman. I wanted to keep the audience questioning themselves in terms of how they’re reacting to these different characters and how they’re reacting to what’s happening to them. How much sympathy do I have for her?

“That’s what interested me about it,” she continues. “When you go through development it’s about ‘What is the one feeling that the audience is going to go away with?’ and I feel like it should be a feeling that’s transforming all the way through, that you’re going on a journey. I think it’s why I’m interested in antiheroes; I’m interested in people who’ve got peculiar moral codes. Because they’re operating by different rules but they’re still operating by rules. If you watch a hero who’s just got really good morality and common sense, what’s the conflict? It doesn’t interest me at all! I’m interested in characters that make you question your morality a little bit.”

Ruth’s unstable state of mind is mirrored in the dramatic shifts in tone and in the film’s bold visual style, as the character makes her way through her list with brutal efficiency and gets ever closer to her due date. “When you’ve got no budget, you’ve got to use the editing to psychologically unsettle people because you haven’t got the special effects and whatever to do that,” Lowe tells us. “So you are relying on soundscapes, sound mixing, music, I love all of that stuff. It was definitely inspired by Nicolas Roeg, and things like Rosemary’s Baby, but also stuff like Charlie And The Chocolate Factory.”

“There’s a bit of psychedelia in there because I wanted to reflect what, to me, is quite a vivid experience,” she says. “I felt like the colours were quite bright, sometimes I felt like I had superpowers, that I could smell things really powerfully, and some days I was having really blissed out days, which is all hormonal obviously, and I just felt like that doesn’t get portrayed that much, what it would be like to be going through that. It is a type of madness I suppose, that you’re not in control of how you’re feeling when you’re pregnant. The thing that I felt I had to prove as a director was that I had a visual sense and visual style, and a way I wanted things to look.” 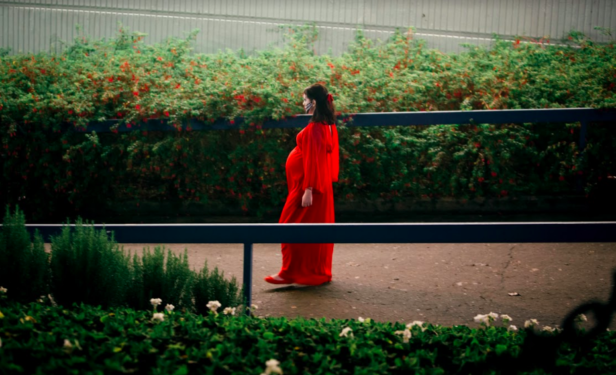 The shooting schedule was made up of just 11 days, with each supporting actor (including Kate Dickie, Gemma Whelan, Jo Hartley and Dan Skinner) coming in for a day’s worth of filming. “They’d come in and be murdered in the morning and we’d do all the dialogue stuff in the afternoon!” she laughs. “I enjoy the adrenaline of [low-budget filmmaking] and it makes it a really creative process where you have to find solutions for how you’re going to achieve something, and to me that’s the thrill of it. Even if you haven’t got the most expensive looking film, I think what makes up for that is the energy that you get on the screen, the performances and the tension and the excitement.”

“That’s what’s great about using comedians as well. Comedians have got a survival mechanism in terms of watchability, even if they’re playing horrible characters they’ve got enough charisma that they thrive within there and they come in and they make something their own.”

“We’re like the Carry On crew now, but the Carry On crew of weird experimental indie filmmaking!” she laughs. “Why are all these comedians going into low-budget filmmaking? I think Ben Wheatley has got a lot to do with it, people are saying ‘Oh, are you influenced by Ben?’ and I’m like, ‘Well, I’ve kind of been doing my own weird scary horror stuff my whole career,’ but on the other hand, he’s definitely inspired me with what he’s achieved. I think it’s opened people’s minds to ‘Why the hell am I plugging away doing this TV pitch when I could be making my own feature film?’ And the TV pitch gets turned down and I didn’t get any money for it anyway, and I could have made a feature film and been fêted as an auteur, and I feel like a lot of people have been inspired to get off their arses really, by what he’s done.” 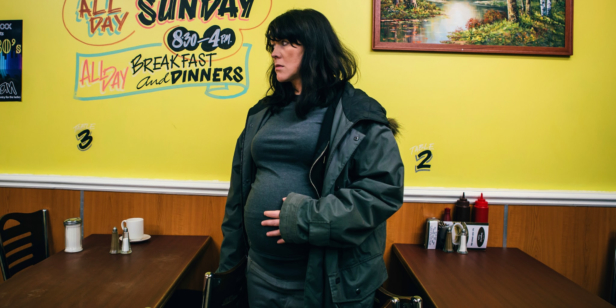 “It’s that kiss of death where you stop being excited about doing what you’re doing, and I’ve felt that in recent years about TV, trying to get a sitcom commissioned. I don’t really give a shit about sitcoms but that’s the way I’m going to have anything to eat when I’m an old person,” Lowe explains. “When you’re a comedian, the trodden path is: you get your sitcom, you get known for that and you get some good repeat fees when you’re old and that’s it! I was like, ‘I haven’t done that so what the hell am I going to do!’ It is quite scary, that, I know people laugh and say ‘Well, you shouldn’t have been an actor,’ but you’re like ‘Yeah, but I’m not Gwyneth Paltrow sitting at home with the nanny and the vaginal steaming and whatever else she can afford to pay for.'”

“Most actors don’t earn very much money, we’re not asking for pity but it is difficult when you’ve spent 15 years on something and you’ve got a certain skill set and experience and then someone turns around to you and says there are no parts for older women or whatever. As soon as you’re over 30 you’re considered older as an actress, so you do have to start thinking realistically about, ‘Well, where can I put all this experience that I’ve got and this knowledge, I don’t know, what am I going to do, retrain as something else?’ So I feel very lucky that I’ve found a way of evolving into doing what I really enjoy without having to sell my soul too much, I just want to continue doing that.” 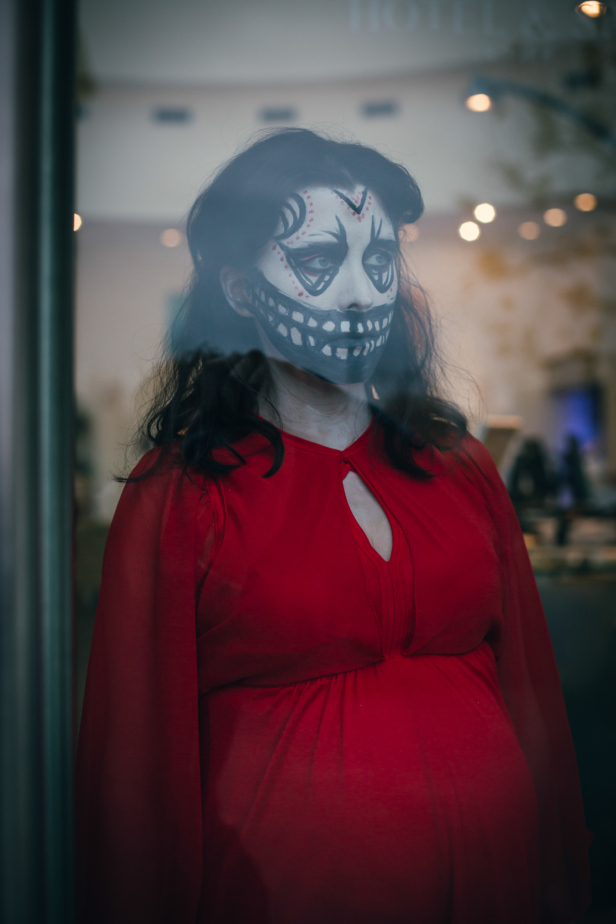 Prevenge has received a rapturous reception wherever its played, from its Venice debut to London and Toronto, and part of what’s so exciting about it is that it does have a very clear authorial voice, and Lowe tells us that she thinks the fact that the film is a personal vision is why it’s connecting with so many people.

“What I’ve realised about myself, and it’s no bad thing, is that everything I do is very subjective to me,” she tells us. “Once you accept that, it means that you have got leeway to jump around chronologically and play with perception. Prevenge is one woman’s journey and a mad woman at that. It was a revelation during the edit, ‘Oh yeah, this is going to be quite a strange film, and that’s ok.’ I’m not trying to be all things to all people, but I think the more personal something is, the more it does touch other people, actually. I love horror and I always have, but I also want to do sci-fi and I want to do stuff that isn’t quite horror but isn’t quite sci-fi and isn’t quite drama, just tell stories really. I feel like my work’s going to be like that. Unapologetically weird!”

Prevenge is released in UK cinemas on 10 February. Keep up with the latest genre news with the new issue of SciFiNow.