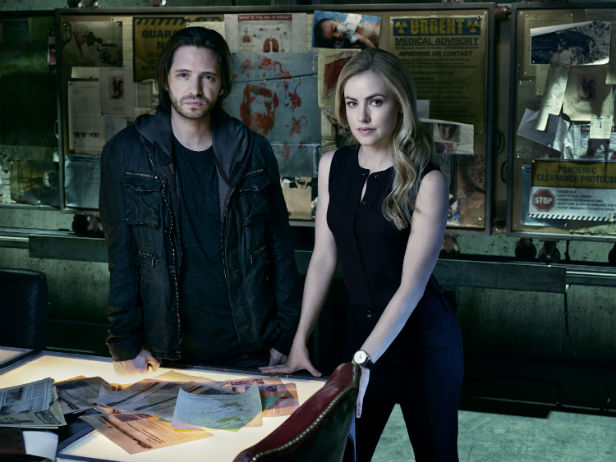 SyFy’s 12 Monkeys TV series raised some eyebrows when it was announced, but the show based on Terry Gilliam’s modern classic has been met with a great reaction in the US.

“It has been a long time coming, we shot the pilot in 2013, so to be able to finally have people out there seeing it is really exciting,” star Amanda Schull tells SciFiNow.

Schull plays the role of Dr Cassandra Railly in the time-travelling series, who finds herself working alongside man out of time James Cole (X-Men‘s Aaron Stanford) to save humanity, and she tells us that this isn’t quite a remake.

“We call it a reimagining of the film, because it’s not the film,” she explains. “It’s not a remake of it, it’s not exactly the same thing by any stretch. I mean, the film was fantastic, every single person associated with the series is a big fan of the film. So we don’t want to try to redo it, we don’t want to try to change it, we all have such respect for it. We have the same producers from the film who are producing the series. I’d say probably the first episode has the most similarities and then we very quickly from there detour and are able to spin off into so many different storylines and plots and ideas and characters that in a film you just don’t have time for.”

We imagine that there’s some pressure about taking over roles from such stars as Bruce Willis, Brad Pitt and, in Schull’s case, Madeleine Stowe, and the star tells us that she did feel a little daunted.

“Yes!” she laughs. “I think that I’d be ridiculous if I weren’t, and I think that would be a very egotistical response if I weren’t. ‘No, I think I can just nail it!’ It’s daunting because Madeline Stowe is just incredible and I don’t want people to think that I’m trying to compare myself to her or that I’m trying to mimic her or that I’m trying to be her role because I’m not. They’ve made enough changes with the character that I don’t feel that I am mimicking her. And we have different names, we have different careers and we have a very different relationship to the Cole character right off the bat. So it’s comforting to know that nobody is expecting us to do the exact same  that was done 20 years ago.” 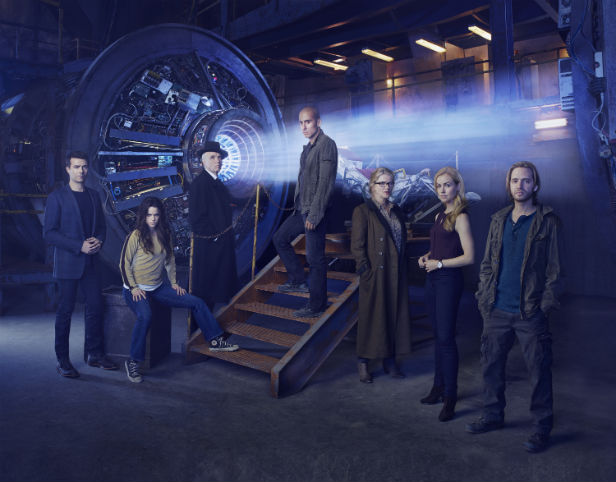 Indeed, Schull tells us that after the first episode which re-establishes the world of the story, the show hits the ground running and doesn’t slow down.

“It doesn’t even take a breath,” she enthuses. “The pilot episode just goes. It is really smartly done in that way because you’re just immediately on this train with these characters and what they need to do. And what it is they need to do that will set up the 12 other episodes following the most similar because basically the entire film in one 42 minute episode.”

Indeed, Schull has no hesitation about whether 12 Monkeys the series could span more than one season.

“Absolutley,” she assures us. “They’re so good about these character introductions and so many different characters have conspiracies that you don’t even realise, and there are little breadcrumbs along the course of the season that you don’t realise why somebody’s doing something or why their reaction was a certain way until four episodes later! So even as an actor I get the script and I think ‘Oh my God that is why that was happening and that clearly has something to do with so and so!'”

“I definitely think that it has the capability to go on so much further than just one season and it’s a testament to the writers and the creators. They had this incredible forethought for what they could do and how far they could take it.”

12 Monkeys starts on 27 February at 9pm on Syfy. Keep up with the latest genre news with the new issue of SciFiNow.