Weird Science is said to meet The Odd Couple with Oliver Stone’s The Doors in the new movie The Second Age of Aquarius, which we’re delighted to exclusively share two new posters of!

When Alberta magically brings her favorite departed rock n roll poet back to life, he’s everything she dreamed… at first. Turns out Russell Aquarius thinks he’s having the ultimate bad trip and he wants to bring Alberta along for the magic carpet ride!

The Second Age of Aquarius’ two groovy posters were designed by noted fine artist Aaron Kai. Poster A (above) features a more psychedelic feel with highlights the romantic, sci-fi, and musical aspects. Poster B (below), with its white background and zany cast of characters prominently displayed, perfectly captures a traditional Sixties comedy motif. 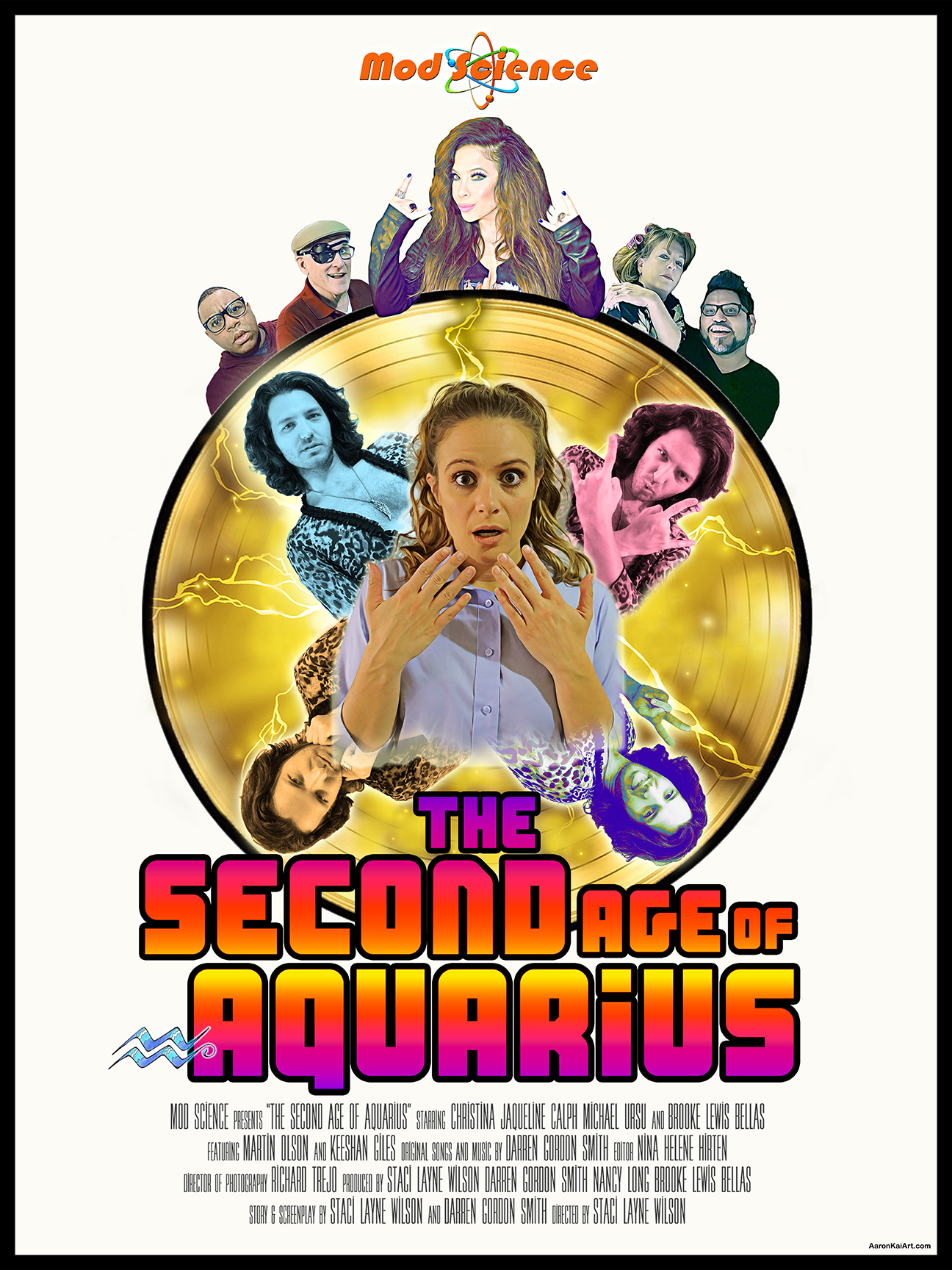 Ever wonder what it would be like to bring your favorite dead rock star back to life? Alberta certainly has. Since she was a kid, she’s dreamt of a world where ultimate Sixties rock icon Russell Aquarius was still alive and writing songs just for her. Now a successful computer programmer, she takes her fandom and wishful thinking a step further and makes a Russell Aquarius avatar. Her loneliness and a freak power outage give her more than she bargains for when sparks fly not just in her computer, but also in reality when Russell’s avatar comes to life!

The Second Age of Aquarius will be released early 2021.