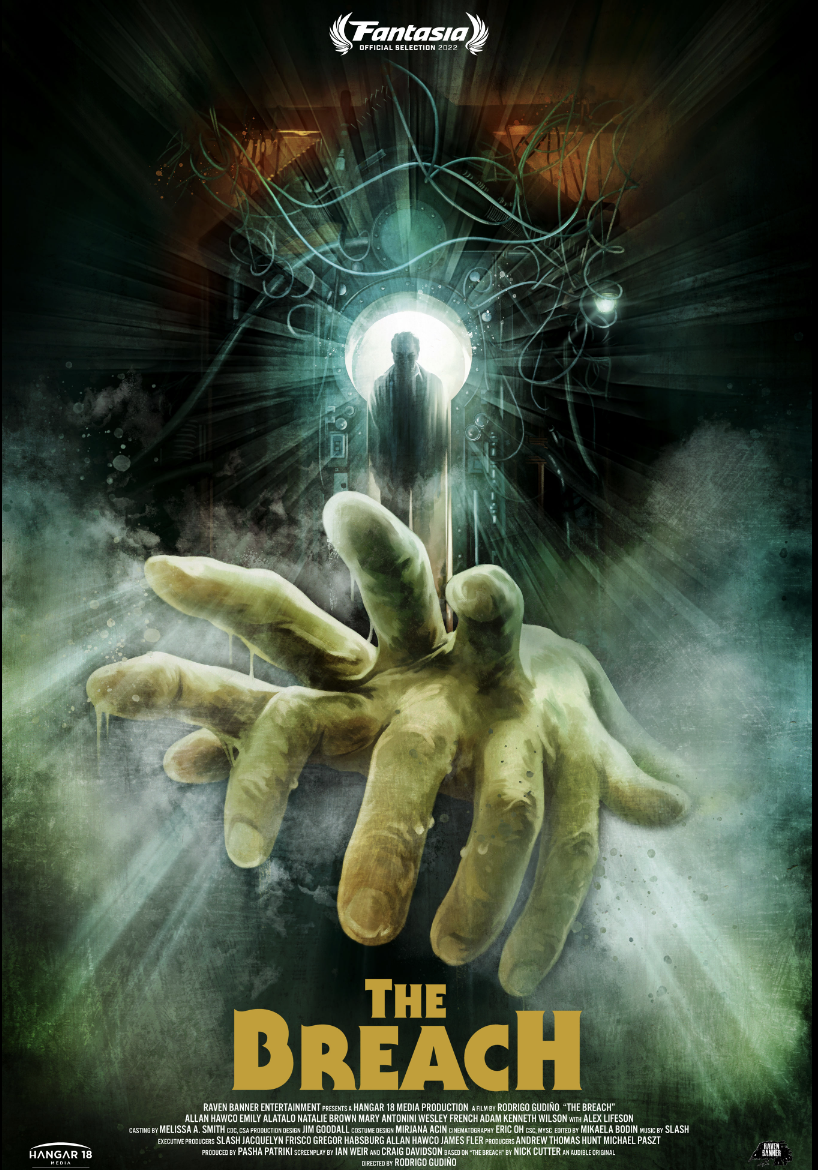 The Breach begins where Friday the 13th (1980) ends, with a canoe free-floating in the water – which is to say that as the vessel drifts downstream, the film is both advertising and literalising its own derivativeness.

Yet the canoe is not conveying a traumatised final girl, but a corpse in a very unnatural condition – and as John Hawkins (Allan Hawco), serving his final week as Chief of Police for the fictive northern town of Lone Crow, heads upstream with his ex Meg Fullbright (Emily Alatalo) and her ex Jacob Redgrave (Wesley French) back to the source of whatever left the body in such a horrific state, this second feature from director Rodrigo Gudiño (The Last Will and Testament of Rosalind Leigh, 2012), founding editor and publisher of Rue Morgue magazine, will deviate down all manner of twistily criss-crossing, recombinative tributaries.

For not only is it adapted by Ian Weir from from a 2020 novel by Craig Davidson (writing under his pseudonym Nick Cutter), but it also draws on familiar tropes (the ‘one last job’,  the love triangle) and genre titles (including Lucio Fulci’s ‘Gates of Hell’ trilogy, Sam Raimi’s The Evil Dead, Ridley Scott’s Alien, Frank Darabont’s The Mist, and a long tradition of bodysnatcher pictures) to build – and disguise – its own identity.

This is, at heart, a cabin in the woods film, as our investigating trio stay at the isolated, off-road home of the very dead Cole Parsons (Adam Kenneth Williams), seeking clues of what might have happened to this reclusive particle physicist and his long-missing daughter Isabelle (Ava Weiss). As doors lock and unlock seemingly of their own accord, and insects swarm, and things bump and hum and rasp in the night, the forest cabin, with its faulty wiring, creaking floors and erratic lighting, is a classic haunted house, shot from canted angles that directly evoke the Resident Evil video game series.

Yet as people, some alive, some less so, emerge from the woodwork, the mysteries compound, with Gudiño’s film taking its time to slough off its external forms and to reveal what is driving its infernal machinery.

“What is this guy,” Hawkins will ask of the house’s former owner,  “a physicist or a fucking magician?” It is the key question in a film that explores the boundary between science and the occult – and it is also what places Gudiño’s work at the shadowy gateway between SF and horror. For The Breach concerns an apocalyptic invasion as much from within as from without, where all the trappings of genre are replaceable and ultimately reproducible – and it is left to us to imagine what cosmic development might be gestating.

The Breach had its world première at Fantasia 2022. Read more reviews here.

Orchestrator of Storms: The Fantastique World of Jean Rollin (2022) review at Fantasia 2022
< Previous
Next >

Orchestrator of Storms: The Fantastique World of Jean Rollin (2022) review at Fantasia 2022