The Sundance Film Festival: London returns to the capital this summer and with it comes a whole slew of genre delights for us to marvel at!

Taking place 29 July-1 August at Picturehouse Central, the festival has an eclectic mix of feature films, short movies and panel discussions to enjoy. All tickets are on sale now and can be purchased here.

There is plenty for us genre fans too, here is our rundown of the top genre highlights at this year’s Sundance Film Festival: London…

Film censor Enid takes pride in her work, seeing herself as a guardian of unsuspecting audiences amidst the ‘Video Nasties’ panic of the 1980s. The gore-filled features she hacks away at cause her no concern, but she has a secret that may be the reason: she’s haunted by the traumatic childhood loss of her sister, a long-abandoned cold case disappearance that she’s tried hard to forget. But when she’s enlisted to watch an eerie film by a mysterious exploitation filmmaker, its content aligns far too closely to her sister’s vanishing. Enid resolves to unravel the puzzle behind the film and its enigmatic director – and her quest soon begins to blur the lines between fiction and reality in terrifying ways. 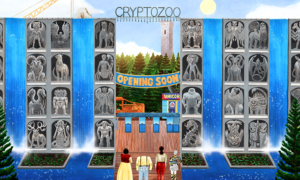 The latest animated feature from director Dash Shaw is Cryptozoo, which imagines a world where the existence of beings known as ‘cryptids’ is well-known and accepted, to the point where many of them exist in captivity at the title’s Cryptozoo. But when a legendary dream-eating hybrid creature known as a ‘baku’ escapes from its confinement and prompts a cross-country search, a collection of cryptozoo keepers begin to wonder if these mythical creatures are better off remaining hidden and unknown. The film stars the vocal talents of Lake Bell and Michael Cera among others.

A recently institutionalised woman has bizarre experiences after moving into a supposedly haunted country farmhouse and fears she may be losing her sanity once again. 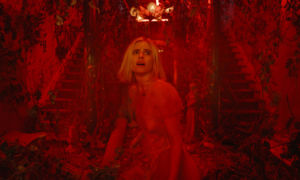 Written, directed and starring Carlson Young, The Blazing World follows Margaret (Young), a self-destructive young woman who returns to her family home decades after the accidental drowning of her sister. She’s been plagued with dreams of a strange world since she was a little girl, and after a mysterious man with a map whom she recognises from her childhood visits her one night, she decides to give in to the incessant calls of the alternate dimension she knows as The Blazing World – upon realising that within it, her dearly missed sister may still be alive.

Panel hosted by film journalist Wendy Mitchell, and featuring filmmaker guests including Censor director Prano Bailey Bond along with Host director Rob Savage. With a wave of exciting, innovative and socially resonant horror films emerging from the UK in recent years, this panel of filmmakers will discuss filmmaking, influences and the future of UK horror cinema as it grapples with reaching audiences, integrating real-world issues into genre cinema, and conjuring up really effective cinematic scares.

Sundance Film Festival: London takes place 29 July-1 August at Picturehouse Central. All tickets are on sale now and can be purchased here.