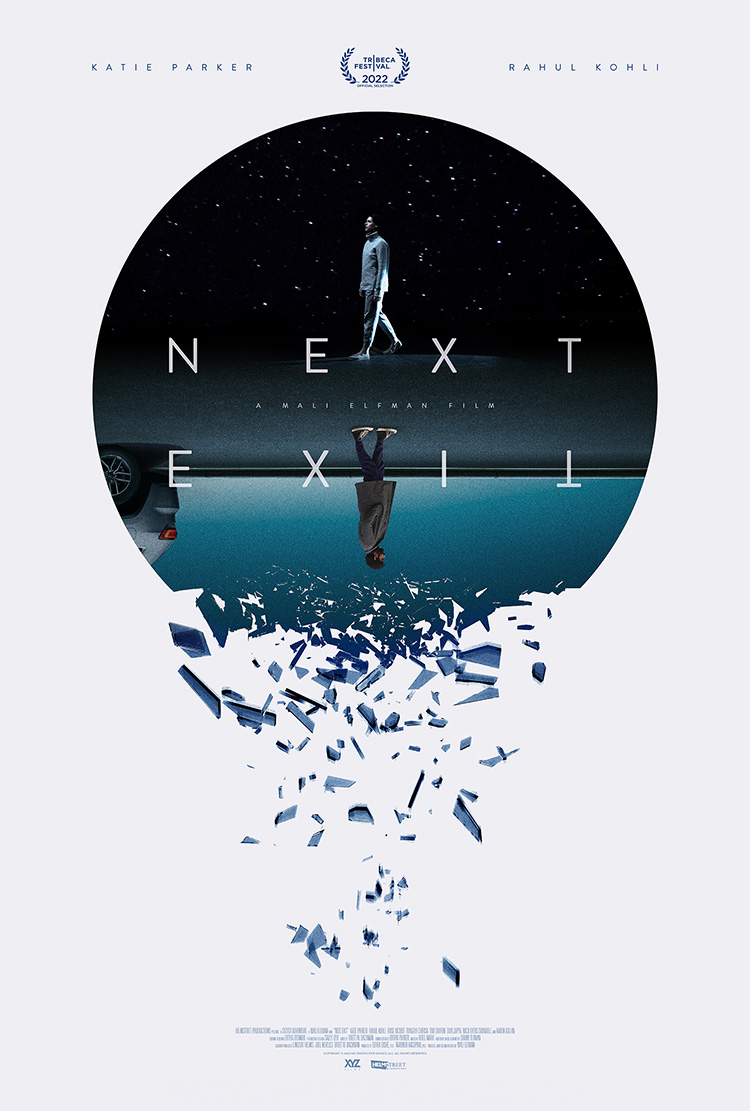 The road movie is, famously, a metaphor for life. Where the journey starts and ends is arbitrary, but as our travellers have strange encounters with passers-by, take various unexpected detours, and look back over what they are leaving behind even as they move on to territories new, what really counts is the lessons learned along the way. After all, every life journey has the same ultimate terminus. Writer/director Mali Elfman’s feature debut Next Exit is certainly a road movie, tracing its two lead characters’ trip in a hired car from New York City to San Francisco and even picking up the classic, nostalgic Route 66 for the greater part of their drive down memory lane.

Yet its very title both points to an end and implies that such an end is only one in a series. Indeed, the high concept that frames this film – without ever taking it over or distracting from its human drama – calls into question whether our roads ever really run out or indeed whether death is the end.

After Dr Stevensen (Karen Gillan) captures video evidence of a little boy chattering away in his bedroom with the ghost of his departed father, her institute Life Beyond, based in SF in more than one way, takes its world-changing discovery public, challenging deep-seated religious and philosophical notions about what life means and what comes next. Stevensen’s work attracts not only considerable controversy, but also ‘Participants’ who flock to Life Beyond’s headquarters from all over America as voluntary suicides in her somewhat ill-defined experiments.

Two such Participants are Rose (Katie Parker) and Teddy (Rahul Kohli), forced by circumstances to share a car hired from a company called Charon on their way to life’s end. Over their long ride together, they will gradually open up to one another about the emotional baggage – all the unresolved trauma, anger and despair, the mummy and daddy issues – which they carry with them and from which they long to be permanently liberated. Teddy has a strong sense of abandonment, Rose is haunted by the spectre of her own guilt, both feel hopeless and aimless – and so they are barreling towards an end that no longer even seems like an end, in the hope that it will somehow give them closure, or at least purpose.

“Come on, come see something worth seeing before you end it all,” says the significantly named hitch-hiking hippie Karma (Diva Zappa), in words that might as well be the manifesto and tagline for Next Exit itself. For as our pair encounter a fellow suicide, a Catholic priest (Tongaya Chirisa), a PTSD-afflicted border patrolman (Tim Griffin), and their long-lost family, and as they reveal their hidden selves in confession booths or over drunken games of Never Have I Ever, they are feeling their way through the rough and smooth textures of life, and even, in all the empty expanses of the open road, finding love.

It is a charming, often very funny two-handed (if not quite two-way) adventure, always tinged with anguish and sadness, and of course with the sense of an ending. And their final destination, all at once a cultic mecca for the execution of mystery rites and a shabbily corporatised death clinic (surrounded by placard-carrying protestors), lets Elfman use the fantasies of genre to stage hot debates about, at the one extreme of life, abortion, and at the other, assisted suicide. Somehow the film ends up being both pro-choice and pro-life, while remaining honest about the bumpier by-ways of our existence.

Next Exit has its international première at Fantasia 2022. Find more SciFiNow reviews here.

Repeat Review: The end is just the beginning
< Previous
Next >

Repeat Review: The end is just the beginning